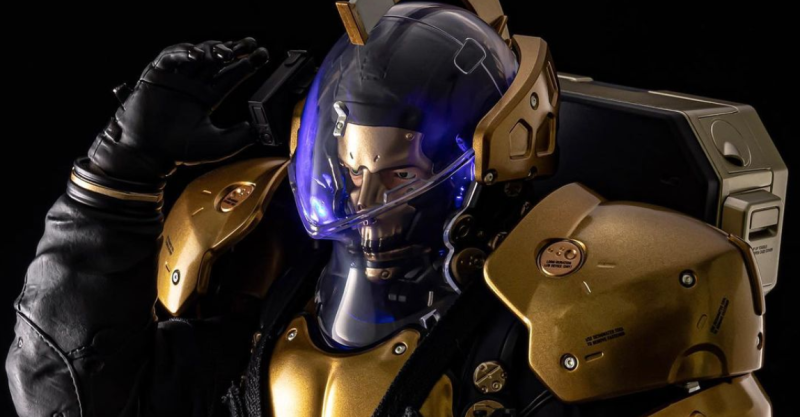 Ludens is the mascot and logo of Kojima Productions. Known for the video “Kojima Productions logo movie”, where he walks on the lunar surface in a suit-armor and sets the flag of the studio with his own image. The character was created by Yoji Shinkawa, an artist involved in the creation of the Metal Gear games. Hideo Kojima on his Instagram showed a new, gold mascot figurine: Ludens Gold Ver., which will be released in a limited edition.

The 1:6 scale figures of Ludens are already on sale, but they are not made of gold and cost about 65,500 rubles (£375). How much the upcoming figurine will cost is anyone’s guess. Apparently, Ludens’ armor will indeed be made of gold.

Xbox Game Pass: All the “free” games of February, including a highly anticipated title!

The Witcher 3: Wild Hunt | That's in the next-gen update

Netflix: 14 exclusive films that we would have liked to see at the cinema!

TOP builds and mods for CS 1.6 that will make you quit CS:GO