Review of Choo-Choo Charles – Choo-Chu, I want to eat you!

Uncomplicated indie horror Choo-Choo Charles offers players a somewhat atypical opponent in the form of an ugly spider engine that looks suspiciously like Thomas from horror memes. It will be interesting, but not scary at all. Let’s talk in more detail.

At the beginning of the game, a certain Evgen, who is obviously an old adventure friend of our silent protagonist, calls the hero with a curious request. According to him, there is something on the territory of the mining island that may interest us, as a collector of rarities. Namely, a curious exhibit, which can only be obtained by catching it.

We are talking about a monster that terrifies the few inhabitants of Aranearum. According to Eugene, the monster’s name is Charles. And he is half train, half hellish spider. The locals have been intending to deal with the creature for a long time and even came up with a plan on how to do it. All they need is a performer, in the form of a hardened monster hunter, that is, us. 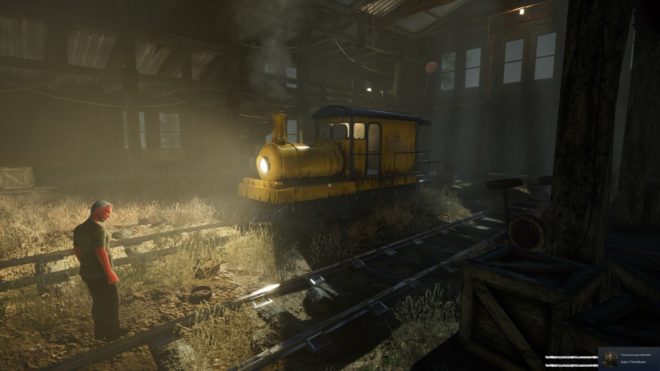 Together with Evgen, we go to the wagon depot, on the territory of which Charles recently feasted on one of the drivers. Inside is an old steam locomotive, which, according to Eugene, should help us deal with the bloodthirsty monster. Yes, and the island is rather big, very hilly and unsafe, so exploring it on a steam locomotive is a great idea. Moreover, serviceable paths are stretched throughout Araenarum.

Once inside a tiny engine, whose name is also Charles, by the way, we find a map of the area, on which all railway lines, NPCs and sidings are marked. You will have to switch sidings manually when leaving the vehicle. Getting out of the cab will be uncomfortable at first, but very soon you will understand when it is really dangerous. 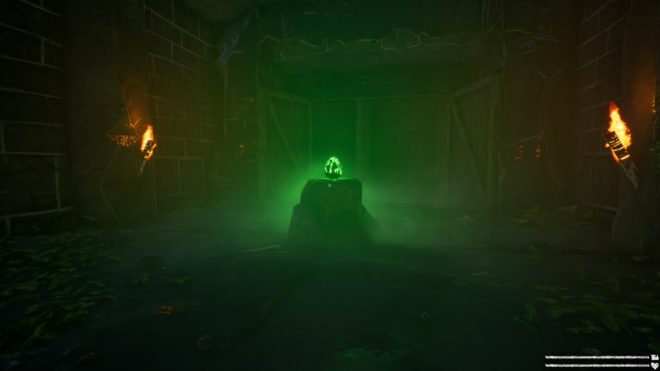 As soon as you and Eugene start testing the train, the same Charles will appear and set off in pursuit. The monster will hit the locomotive, causing Eugen to fly off the platform straight into the track and be mortally wounded by Charles. Before his death, Evgen will instruct you to find his son, and at the same time – to find the eggs of the spider. The fact is that, having received a certain amount of damage, Charles retreats to the forest, where he restores his strength, but if you find yourself with monster eggs, you can try to challenge him to a mortal duel.

From this moment on, you are left alone with your little train, this gloomy island and the creature wandering around it, the attacks of which can be expected at any moment. All that remains for you is to finish the work of Eugen, helping the inhabitants of Aranearum as much as possible … 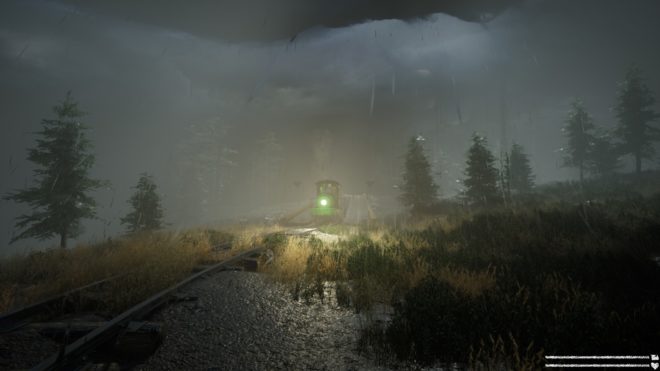 Choo-Choo Charles lacks mechanics that make life difficult for the player. The hero runs fast, no need to replenish ammunition, the train does not need fuel. There are three huge levers in the driver’s cab. Yellow makes the locomotive move backwards, the central green makes it move forward, and the red lever is responsible for braking – fans of train simulators would be horrified by such a control system, but for an indie horror it is very convenient and simple.

Almost all side quests are completed almost in the same place where you received them. These are the simplest quests for reaction, attentiveness, search for objects, picking locks. They will take a minimum of your time, reward you with the rubbish necessary to repair the train, and sometimes with paints and a new type of weapon for the train – a firing platform is installed on its back, to which a machine gun was originally bolted. This is the main means of dealing with Charles, who will periodically attack your transport. 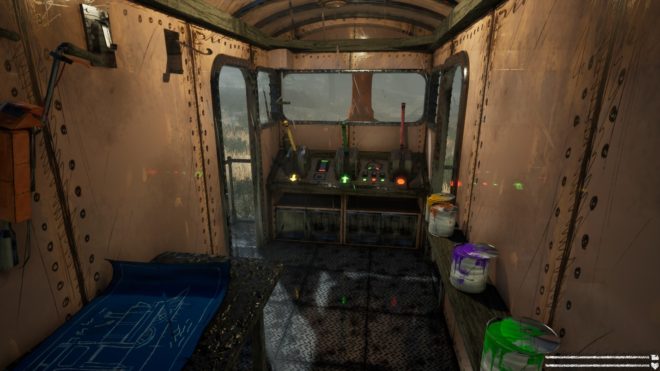 The train can be modified with junk. Increase the damage of the guns mounted on the platform, increase its movement speed and strengthen the armor – the higher this indicator, the longer it will take the monster to stop your composition and devour you.

The picture in the game is nice. As a rule, you don’t expect much from indie horror, if there would be atmosphere, and the developers did an excellent job with the task. The ominous island is overgrown with a gloomy coniferous forest, the wind rustles in the dried bushes, movement seems to be in dense shadows, and the rebellious sky is covered with heavy clouds. At the maximum graphics settings, a light fog appears, softening the glow of rare lanterns, the system is not overloaded – fps remains within 70+ frames per second. 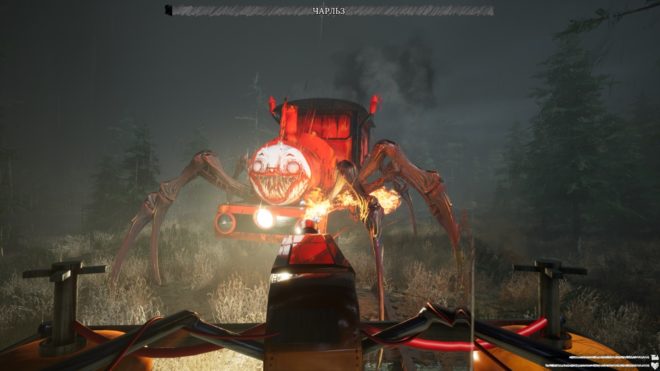 On the main quest, you will often have to play completely clumsy stealth, in which you don’t even have the opportunity to crouch to hide behind an object – only to peek around the corner. Charles’ masonry is protected by Warren’s armed bandits, convinced that the monster train must live.

The game is not scary at all. Even the first encounter with a spider monster is unlikely to scare you – you just shoot him with an easel machine gun. Often the appearance of Charles is predictable and happens extremely infrequently. You won’t get the feeling that a monster is roaming somewhere nearby, just waiting for you to leave your armed engine and point your feet into the thicket. Moreover, you simply do not need it.

If you like uncomplicated, in their own way fascinating indie horror films that are created not so much to scare you as to brighten up the evening, you can try it. But keep in mind that the game is incredibly short, not replete with original mechanics, some unusual gameplay solutions, not scary at all and too expensive for its level.

Unusual indie horror with a nice visual side

The game does not complicate the life of the user

Short and rather mediocre

Aroged: The Pope called the conflict in Ukraine a "world war"

The OnePlus 11 (or 11 Pro) could be presented quite quickly

Finally, Konami Is Ready To Talk About The New Silent Hill This Week! • Universe Play