After yesterday’s incident with the depressurization of the outer circuit of the Soyuz MS-22 spacecraft cooling system, there were problems with thermal control inside the spacecraft. According to the latest data, the temperature in the cabin of the ship has reached 30 ° C or even higher. 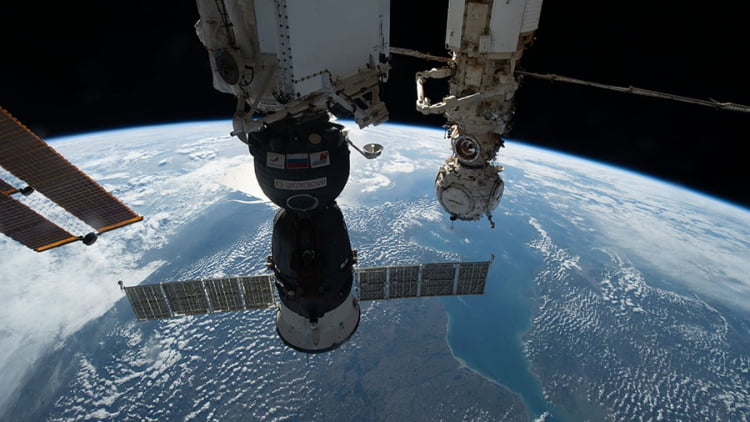 As a representative of the Mission Control Center (MCC) said during negotiations with the astronauts, “it is very hot in the ship now, 30 degrees, maybe even more. We want to change the ventilation a bit so that you are cooler, direct the air into the ship.

The Russian team is expected to test the spacecraft’s motion and navigation control (VMS) system, for which the cosmonauts will have to perform a series of actions inside. “Since you and Dima Petelin will have to perform the SUDN test, I will ask Anya Kikina to work with me and make it cooler in the ship,” said the representative of the MCC.

On Thursday, Roskosmos announced that the planned spacewalk of cosmonauts was being postponed for technical reasons. Later it turned out that we are talking about depressurization of the cooling system after damage to the outer skin. The ship docked to the ISS remains sealed, but the temperature inside it has risen.

It was reported that a special commission was already investigating the incident with the instrumentation compartment, after which a decision would be made on the further actions of the astronauts. The version that we are talking about equipment damage by a micrometeoroid is not ruled out, but the exact cause has not yet been established.

Wednesday like you've never seen before. Here are Jenna Ortega's bloopers on the set of the Netflix series