VIDEO. Shame in MMA: Putinist Emelianenko fell twice and lost to a blogger 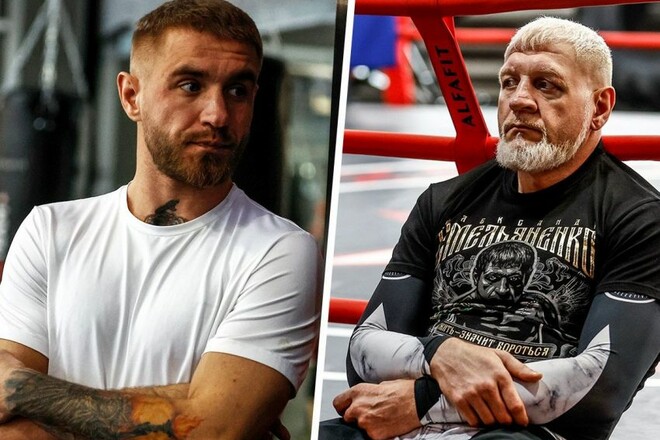 In the capital of the orcs of Muscovy, a battle took place between a Putinist veteran Alexander Emelianenko and blogger Svyatoslav Kovalenko.

Drunk Rashko fighter Emelianenko Jr. sensationally blew the blogger with a split decision in a fight that had the format: 3 rounds of 3 minutes.

Twice Kovalenko knocked down Emelianenko, and Alexander fell to the canvas after missed blows. Emelianenko had a noticeable advantage in size (110 kg of weight versus 84 kg), but he could not oppose anything to his opponent and miraculously waited for the final gong. The judges gave the victory to Kovalenko.

Fans in social networks called such a performance of their former idol a great disgrace. The most decent quote: “Like a bag of shit.”

Fighter Sergei Kharitonov about the Emelianenko fight: “You just can’t say without a mat. Just [блин], a shame. Just [блин], a shame! There is no other. This is a laughing stock. What has come to – that bloggers [бьют], [блин]! Excuse the expression, but be that as it may, even drunk you, you fucking shit. Disgrace! Boy at 25-30 [меньше весит], I don’t know. It’s just such a disgrace. I have no words!”

VIDEO. Shame in MMA: Putinist Emelianenko fell twice and lost to a blogger

FBU President: “Information that someone will return to the national team is not true”

Juraj SANITRA: “Prima and Tsymbal will start in the sprint race at the World Championships”

Lionel Scaloni: "Every Argentine would like to be in my place"

AWS, Meta, Microsoft, and TomTom team up with the Linux Foundation to create an open competitor to Google Maps

Starfield will be released on April 12? Fans try to guess the launch date

The Callisto Protocol: too violent, the game has just been banned in this country