A PHOTO. Defender of Azovstal presented the Ambassador of Ukraine in the United States with a T-shirt of Mudrik

On Sunday, December 19, after the final of the 2022 FIFA World Cup, the defender of Azovstal Mikhail Dianov met with the Ambassador of Ukraine Oksana Markarova in Washington, USA.

Dianov presented the Ambassador with a T-shirt of the Donetsk football club Shakhtar with the name of Mikhail Mudrik.

It is reported that Dianov during the meeting noted that he dreams that in 4 years, when the next World Cup will be held in the United States, Mikhail Mudryk and the Ukrainian team claimed victory. 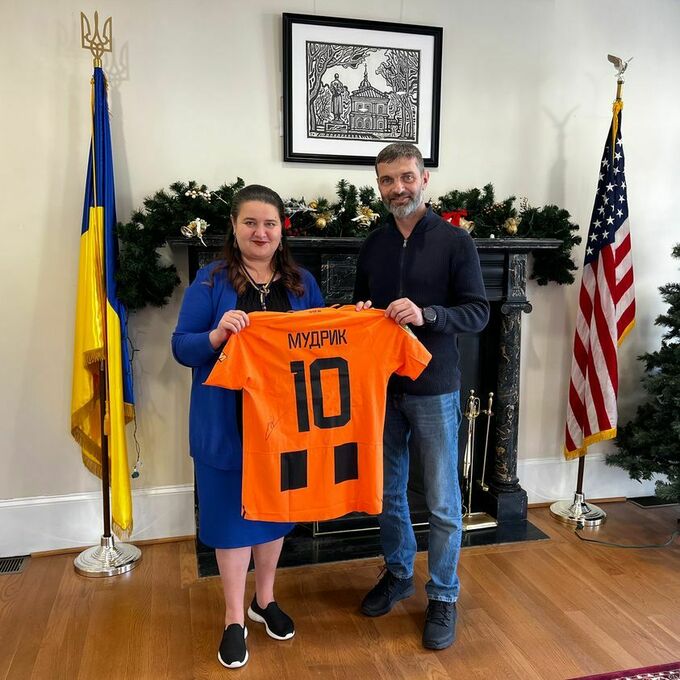 Discover CrCoNi, the new strongest material in the world created from scratch