Apple: Mac Pro plans have to be reduced, production should go to Asia 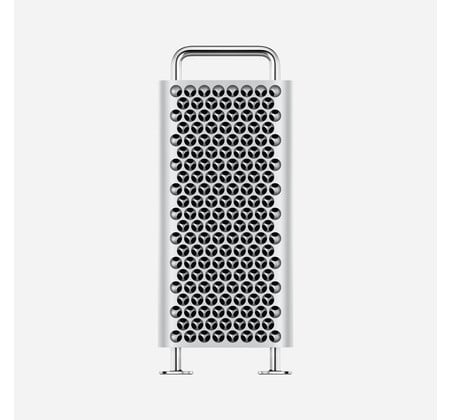 12/19/2022 at 10:44 a.m. by Maximilian Hohm – Apple cannot implement its own plans to switch from Intel processors to its own developments as quickly as hoped. So far, the Mac Mini and Mac Pro in particular still don’t rely on their own creations. At the same time, consideration is being given to relocating final assembly from Texas to Asia. Read more about this below.

Apple has worked with Intel for years as the chip maker for its MacBooks and Mac Pro. However, since you now have your own CPUs on the market with the M1 and the M2, the Mac Pro should or should also be converted and away from the x86 architecture. Two years ago, this process was announced, which should take two years. The end of 2022 is now approaching and it is becoming clear that this deadline cannot be met.

Not only has the company failed to sell the Mac Pro with Apple’s own chips, it still sells the high-end desktop version of the Mac Mini with Intel chips. An M2 is to move into the Mac Mini in the future, but something special was planned for the Mac Pro. As first with the M1, they wanted to introduce a dual version like the M1 Max, which is scalable.

It is not yet known when the last Intel CPU will be dropped from Apple’s portfolio, but the manufacturer is continuing to test its own creations. At the same time, another measure regarding the Mac Pro became known in the Bloomberg report. This has been assembled in Texas since 2019. This is the result of threats from former President Trump, who wanted to impose punitive tariffs on products made in Asia. Under President Biden, this risk no longer exists to this extent and Apple can move production to Vietnam, which can reduce dependency on China.

The new Gulag in Call of Duty: Warzone 2 will allow players to conclude a truce