Square Enix today announced that the popular Final Fantasy Pixel Remaster series, previously only available on Steam and mobile platforms, will be coming to PlayStation 4 and Nintendo Switch in Spring 2023. The “Pixel Remaster” series stays true to the magic of the originals with their retro design, while delivering numerous quality improvements. 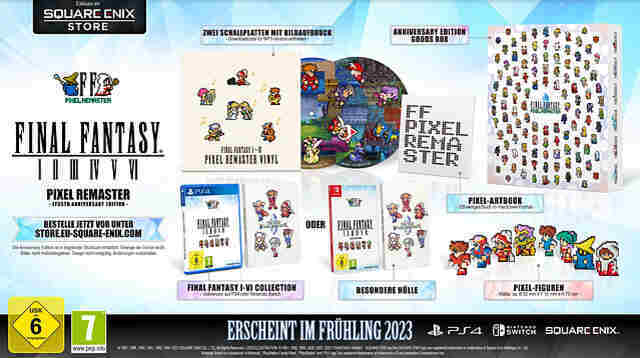 Great commanders from Japan, Persia and the Ottoman Empire arrived in Civilization VI

Microsoft: with FTC ready to 'do battle' for the acquisition of Activision Blizzard

Persona 3 Portable is now available on PC and consoles