Due to an age rating, there was already speculation, but now it’s also officially confirmed: The Final Fantasy Pixel Remaster will find its way onto two consoles. 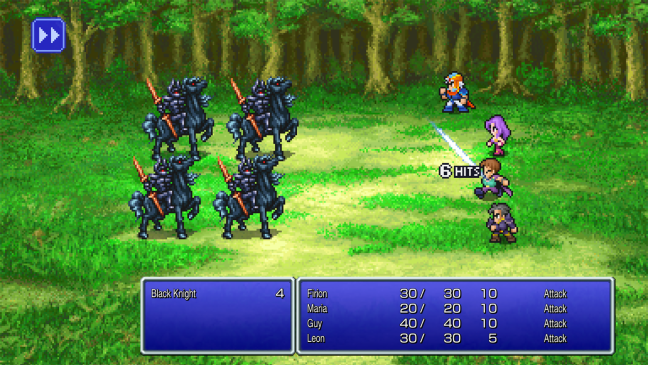 The Final Fantasy Pixel Remaster made its debut on PC in July, but so far console gamers have not seen the pixelated remakes of the classic JRPGs. That will officially change in the new year. After there was speculation about a console version due to an age rating, Square Enix has now officially confirmed it.

After the corresponding rating by the American ESRB, implementations for the PlayStation 4 and the Nintendo Switch have now been confirmed. Both are set to be officially available in spring 2023, although Square Enix has not confirmed a specific release date at this time. The announcement of the console versions was made as part of the franchise’s 35th anniversary; the cost point for the standard collection of all Pixel Remasters should be just under 75 dollars at launch – the euro price should be comparable.

However, you don’t have to grab the bundle with all the new editions of the classic role-playing games, you can also purchase the individual games separately. If you like it more expensive because you value goodies, you can also grab the 35th Anniversary Edition, which includes all games, a special box, a lens-shaped sleeve, a two-piece vinyl set, an art book and eight character figures. Cost here: $259.99.

The Final Fantasy VI Pixel Remaster is available now for PC and mobile.

Motorola launches the best cheap and good smartphone for 2023

That is why unsold clocks are always set to 10:10