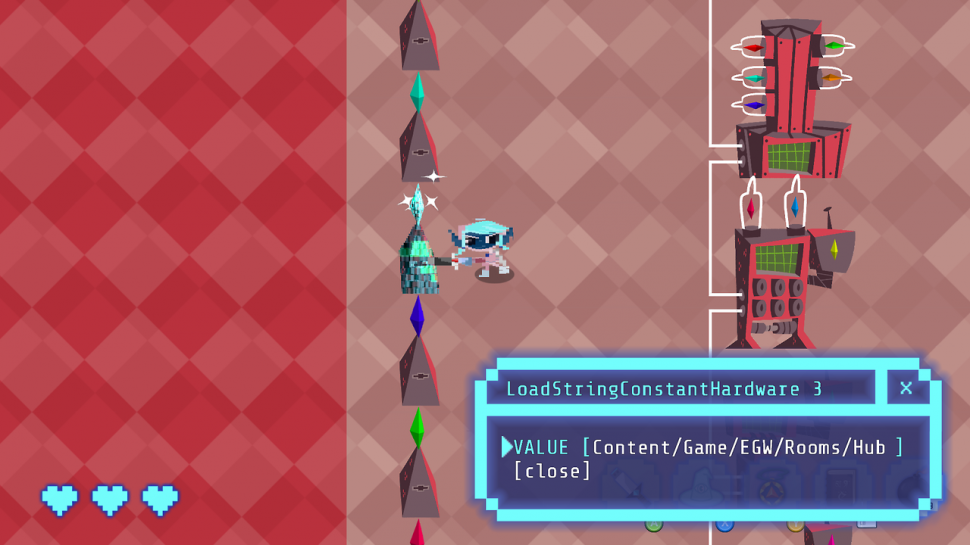 December 19th, 2022 at 07:15 by Claus Ludewig – In the action-adventure hack and slash, a puzzle has been solved after eight years and a player has been rewarded with an Easter egg.

To be in line with Elden Ring and the Contra series means that a video game is quite difficult to master. The top-down action-adventure Hack and Slash has been available for PC since 2014. Developer Double Fine Productions included an optional puzzle in the game that has remained unsolved since release. After eight years, software analyst Guillaume Fortin-Debigare has solved the mystery.

This is the Secretroom.lua reward

For years, players have been struggling with the Secretroom.lua puzzle. Again and again puzzle detectives encountered problems and could not decipher the mystery. Despite an in-depth analysis of the game’s prototype and published promotional material, no clue to the solution could be found. On December 9th, the player Glenn “Netrix” Anderson finally managed to solve the puzzle. As a reward, the puzzler got an Easter egg with a glimpse into the missing Act 1 and the development of Hack and Slash.

Here’s a clue from the game’s lead designer, Brandon Dillon. Towards the end of the game you come to a room with a pedestal with a book on it. The writing can either be decrypted normally or exchanged for another book that refers to the mysterious Secretroom.lua file. A message that can be read on the Hack and Slash loading screen serves as the decryption password. Outside of the game, however, there remains an unsolved mystery. A cryptic drawing was used to market Hack and Slash. In Hack and Slash itself there is, among other things, a hidden act 6.

Also worth reading: Call of Duty – Modern Warfare 2: How to get the well-hidden Easter Egg

There is a puzzle built into Hack and Slash that has remained unsolved since the game’s release. After eight years, a player has now solved the riddle. For years, players have bitten their teeth on the Secretroom.lua puzzle. The solution is a sentence that actually appeared again and again before the eyes of the players. Anyone who solves the puzzle gains insight into the missing act 1 and into the game development. In Hack and Slash itself there is, among other things, a hidden act 6.

Aroged: Foxconn and Pegatron lead in the pace of transfer of production from China

PlayStation VR2: What are the launch games? Complete list updated

Foxconn pays for yesterday’s riots at the Zhengzhou plant – those who wish to leave the enterprise will get $ 1,400