Haunted Chocolatier: the author of Stardew Valley reveals more details on the gameplay, inspired by Diablo 2

In a new interview, the creator of Stardew Valley – Eric ‘ConcernedApe’ Barone – has revealed a number of gameplay details of his next game, Haunted Chocolatier. He also indicated what is one of the sources of inspiration and we suppose it may amaze you: Diablo 2.

“When I was in the early stages of [sviluppo di] Haunted Chocolatier, I was playing a Diablo 2“, Barone tells ScreenRant. “Get some loot and see your numbers go up in the stats? I like that stuff. It seems to me that a lot of Stardew Valley players aren’t that passionate, but I just have to do what I think is fun. And I think that will come through in the game if I’m excited about it.”

Another starting point for Haunted Chocolatier was that Barone asked himself: “What would happen if I did a game similar to the Stardew Valley Minesbut fully developed and done really well?”

According to Barone, “the heart of the game is the collection of ingredients; it is the most important part of the game. The shop is a little more passive”. To collect the ingredients you will have to explore the world, including the magical realms you can enter, collecting the items after facing fights. However, less violent trials will not be missing. The ingredients will then be used to create the chocolates for the shop.

In the beginning, you will manage the shop, but as you progress through the game you can put the ghosts to work managing the day-to-day operations of the shop. Barone says that “there will be a certain amount of simulation, like in a game like Rollercoaster Tycoon or something where customers have certain needs and wants.” Satisfied customers will spread the word to other buyers, increasing the company’s popularity. A “weekly chocolate news” system will see shoppers go crazy for certain types of items from week to week.

All of these details have one caveat: Haunted Chocolatier is still in active development and some distance away from release, so everything is subject to change. Barone notes that Stardew Valley took four and a half years to develop, while Haunted Chocolatier has been in the works for less than two years, so there’s still a lot to do. 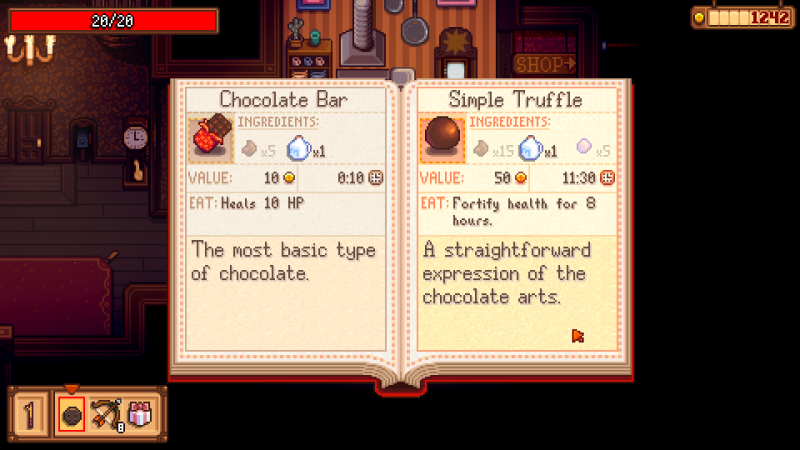 “People don’t realize it, but one thing I have to say about World of Warcraft and the gods Blizzard games in general is that they’re really good at making things very interesting,” he says of the MMO. “Even just collecting stuff or whatever, there’s big shiny things on the screen that make you feel really satisfied. I tried to put it in Stardew Valley, with all the sound effects when you collect things. Something as simple as gathering is satisfying in itself, even if it’s a very simple thing, if you think about it.”

It was previously confirmed that Haunted Chocolatier will have boss fights.

Armored Core 6 Fires of Rubicon: No co-op for the story missions

Another failure of Russia. The enemy did not destroy a single HIMARS