Johannes BÖ: “If you don’t shoot clean, someone else will” 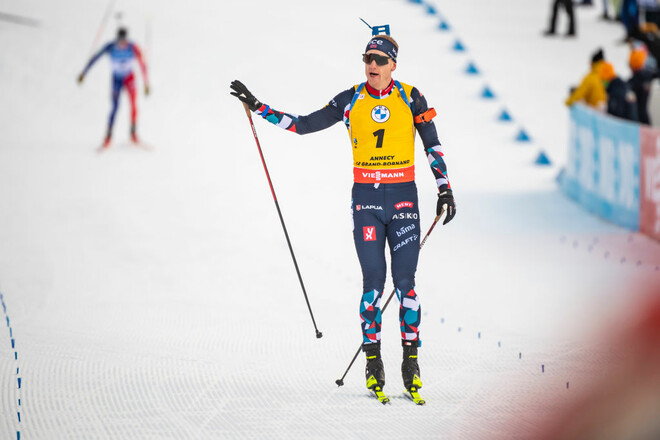 The leader of the Norwegian biathlon team Johannes Boe commented on the third place in the mass start at the third stage of the World Cup in Annecy, France.

“Very happy with the result. It was a tough mass start, I was counting on 6th, 7th place, but I finished on the podium.

On the last lap we saw a spectacular fight between Dale and Sturla. This proves that if you don’t shoot clean, someone else will. Today it was Johannes. Fantastic day for our team.

It’s hard to describe my start to the season. In the first race I finished 12th, but after that everything went great. Today, everything could go topsy-turvy, but I became the third.

I was on the podium in 9 out of 10 races – maybe the IBU should pay for my private jet to take me home as a prize.

Ahead of a short break, I will spend the holidays with my family. The stage in Pokljuka is fast approaching, so if I want to do well there, I shouldn’t spend too much time on the couch,” Boe said.

Rodrigo De PAUL: "We deserved to win in regular time"

“Holiness, Innocence and Fragility” is a new character in Genshin Impact