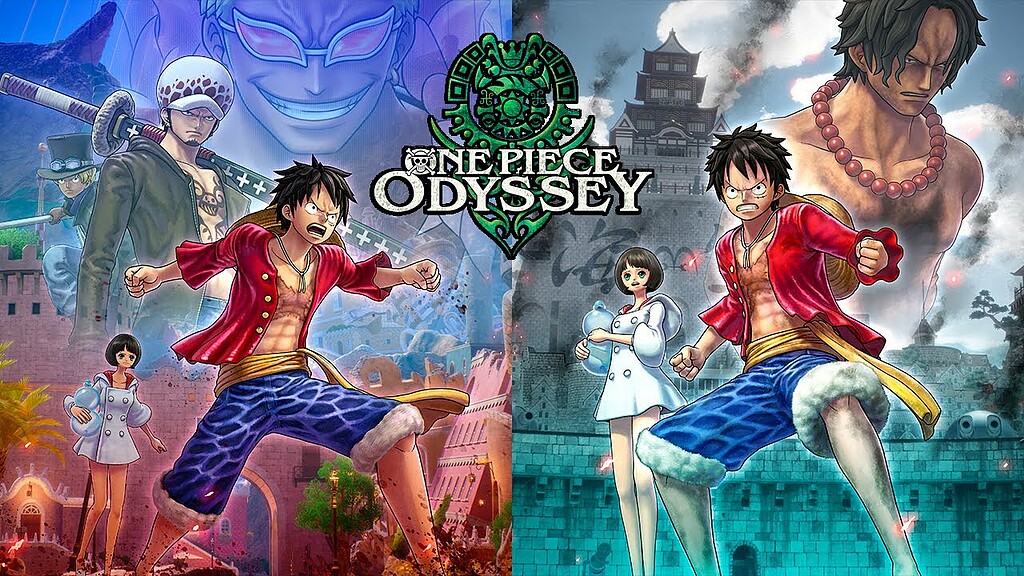 In “One Piece Odyssey” you explore Memoria, a world made up of the memories of the Straw Hat gang in order to regain their lost powers. In addition to the previously announced locations of Alabasta and Water Seven, Marine Ford and Dress Rosa will now also be revealed.

In the original Marine Ford Arc, Luffy fought alongside many other pirates to free his brother, Portgas D. Ace. In “One Piece Odyssey” this time the Straw Hat gang supports him in this fateful battle that Luffy had fought alone two years earlier.

The Dress Rosa Arc takes you to the island kingdom under the rule of De Flamingo, who prevents people from leaving the island with his birdcage. With a bounty on their heads and accompanied by guest characters Sabo and Trafalgar Law, the Straw Hat Gang must defeat their once-mighty foe, De Flamingo.

However, the events of Marine Ford and Dress Rosa will play out differently in Memoria than in the past and will come to a new ending.

Produced by Toei Animation and based on the well-known manga by creator Eiichiro Oda, One Piece premiered on Japanese television in October 1999 and follows Luffy and his Straw Hat gang on their epic quest to find One Piece, the legendary treasure of former pirate king Gol D. Roger. Today, One Piece is a worldwide franchise that includes 15 feature films, including One Piece Film: Red, home movies, video games, and an ever-growing catalog of licensed items such as accessories. Includes toys, games, novelties, furniture, housewares, clothing and more.

One Piece Odyssey will be released on January 13, 2023 for PlayStation 4, PlayStation 5, Xbox Series X|S and PC.

Aroged: Russia intends to resume production of eight-cylinder engines originally from the 1960s

When Internet users redo the Kylian Mbappé Vs Lionel Messi God of War match, it looks like this!