Sony continues to tempt all its players with the PlayStation Store year-end offers, a great opportunity to buy quality games at a bargain price. Well aware that resisting the call of sales is almost impossible, these days we have already recommended three PS4 and PS5 titles for less than 5 euros and three PlayStation exclusives for 9.99 euros, this time instead we want to focus on three high-profile games on offer in Complete Edition along with all their expansions.

The last piece of what has been dubbed as Lara Croft’s “origin trilogy”, Shadow of the Tomb Raider sees the most famous adventurer in the world of video games delve into the dense forests of South America in an attempt to stop a Mayan apocalypse that she herself helped to trigger. 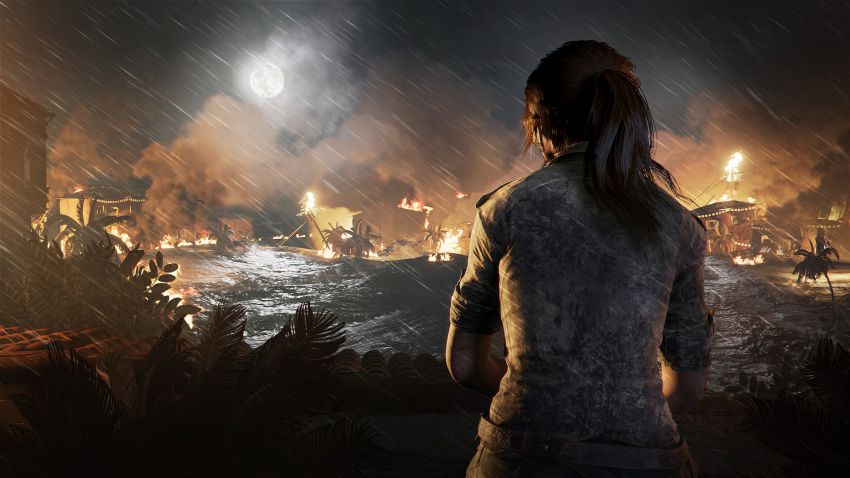 Extremely faithful to the playful canons established by its direct predecessors, Shadow of the Tomb Raider offers a successful mix of exploration, heart-pounding scenes and stealth sessions, with a few sprinkles of horror here and there. The plot entertains the right without giving big jolts, but the title shows its best when you indulge in the search for secrets, the hunt and the completion of tombs and crypts. The technical sector is of excellent workmanship, capable as it is of giving breathtaking landscapes and forests full of details, even if unfortunately it has not received an update for PlayStation 5. If you want to know more about the game, we invite you to read the review of Shadow of the Tomb Raider.

The Definitive Edition includes the base game, the seven DLC Challenge Tombs, and all downloadable weapons, outfits, and abilities, to better experience the most important chapter in Lara’s story. If you are approaching this trilogy for the first time, we advise you to start from the previous two chapters. Luckily for you, they are also discounted: Tomb Raider Definitive Edition for 4.99 euros and Rise of the Tomb Raider: 20 Years Celebration Edition for 5.99 euros.

The experience gained over the course of two decades with the publication of games such as Max Payne, Alan Wake and Quantum Break has flowed into Control, the flagship of the portfolio of the Finnish studio Remedy. The protagonist of this brilliant action/adventure/third person shooter is Jesse Faden, who became director of the Federal Bureau of Control (a secret agency engaged in the study, containment and “control” of paranormal events) on the very day in which the headquarters, the Oldest House, has been overrun by entities from another dimensional plane. Luckily for her, the protagonist will be able to rely on a series of supernatural powers and modifiable equipment, which will prove indispensable for moving in a labyrinthine environment full of secrets that lends itself to free exploration in Metroidvania style.

The Ultimate Edition also offers the two expansions The Foundation and AWE, which enrich the story and feed the mythology of Remedy, and access to the PlayStation 5 version (make sure you buy this edition). Next-gen gamers are made available two graphics modes: Performance, which allows the game to reach 60fps with a native resolution of 1440p upscaled to 4K; Graphics, which sets the limit at 30fps to apply ray traced treatment to reflections and transparencies, without changing the resolution.

Reasonably counted among the best shooters of recent years, DOOM Eternal is a fast-paced and tacky first-person shooter, which stands out from its congeners thanks to an old-school gameplay and a marked propensity for platforming. Reloading does not exist in the demonic world of DOOM, which adheres to the philosophy of “push forward combat” pushing you to face the demonic beasts with a hard nose to appease the perpetual hunger for resources of the space marine, who can take everything from his enemies he has need: extra health with epic kills, armor pieces with a flamethrower splash, and ammo clips with a chainsaw blast. On PS5 it supports three different graphics modes, which offer the possibility to choose ray tracing, the framerate at 120fps or something in between quality and performance. If you want to know more about the game, know that the DOOM Eternal review is just a click away.

The Deluxe Edition also contains the two excellent expansions The Ancient Gods Part 1 and The Ancient Gods Part 2, which expand the lore and continue the story of the base game by offering several hours of additional gameplay, new demons to mangle and several properly grafted gameplay additions in the “combat loop” meticulously tuned by the folks at id Software.

RATE OF THE DAY. The main matches of the day and popular predictions for December 19

Survivor Michel and other innovations for the horror Propnight

Samsung’s PM9C1a SSD is 1.8x faster than its predecessor, but slower than the one before it

A PHOTO. Invented by the wife. The medalist of the 2022 Olympics got a funny tattoo