PROTASOV: “Third forces are raiding the UAF. I have informed UEFA” 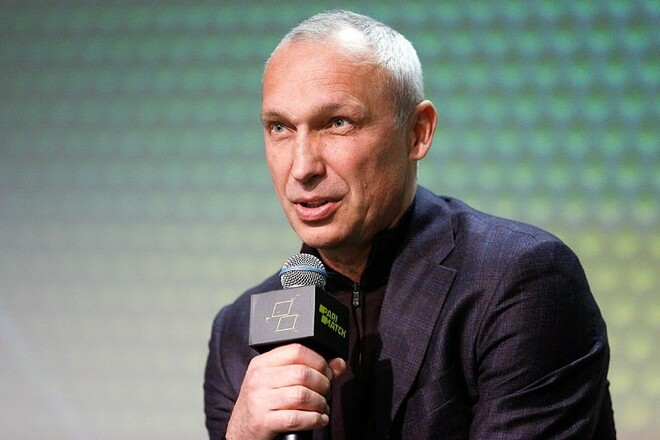 First Vice President of the UAF Oleg Protasov published a post on his Facebook where he stated that it was he who informed FIFA and UEFA that a virtual Executive Committee was planned for December 20:

“The facts of unprecedented pressure on the members of the Executive Committee of the Ukrainian Football Association, on the leadership of the Association and its regional representatives are now known not only in Ukraine, but also abroad. We are talking about attempts to hold a meeting of the UAF Executive Committee on December 20 on the basis of forged protocols and signatures.

This is the first time I personally come across such dirty methods of humiliation of the Ukrainian football community. Being the first vice-president of the UAF, respecting the football rules governing the activities of FIFA, UEFA and national football associations, I informed the international football authorities about the intentions of third parties to make a literally raider seizure of power in the Ukrainian House of Football.

It is expected that the global football community cannot and will not turn a blind eye to attempts to hold illegal elections to the UAF. And it’s not about Pavelko or Protasov. The fact is that the membership of national football associations in international bodies is guaranteed exclusively by strict observance of the statutes of UEFA and FIFA, and, accordingly, the independence of the activities of national football structures.

Any violation of this rule “may lead to the suspension of the UAF’s membership in FIFA and UEFA in accordance with Art. 16 of the FIFA Statutes and Art. 9 of the UEFA Statutes. This is emphasized by the organizations themselves in the letter.

Like FIFA and UEFA, I personally hope that the “raiders” and those who ordered the act of destroying the authority of Ukrainian football will have the courage to admit their mistakes. Recognize that it is impossible to kill the UAF – and these are hundreds of thousands of players (adults, juniors, children), coaches, referees all over the country – at the request of some of the clerks, either in the Office of the President of Ukraine, or somewhere else.

Let’s respect the merits of football Ukraine, and not destroy its reputation. For this, very little is needed – respect for the world rules for the functioning of football and the fulfillment of the requirements of football charters. Moreover, for more than 30 years of Independence of Ukraine, we have been able to do this!

PS It is a pity that against the backdrop of the 2022 World Cup finals, we have to talk not about football … Argentina and Lionel Messi – with a victory!

Earlier it became known that FIFA and UEFA officially warned the UAF that if a virtual Executive Committee was held on December 20 to remove the President of the UAF Andrey Pavelko and appointment in his place Andrey Shevchenko.

The main reason for such a position of FIFA and UEFA in relation to the UAF is the possibility of violating the UAF charter. According to it, only the president of the organization can convene a meeting of the Executive Committee, while it must necessarily take place with his participation or with the participation of one of the vice-presidents, who will be given the appropriate written instruction.

Naughty Dog: the creators of The Last of Us reveal their favorite games of 2022 with hits, but also surprises in the list!

Switzerland goalkeeper named Man of the Match against Cameroon