The sequel to River City Girls, the hit of 2019, does not bring anything fundamentally new to the series, but it allows you to have fun in the co-op, beating up the minions of the yakuza that have captured River City. We talk about the game in more detail in the review.

River City Girls 2 picks up where the previous part left off. Despite the fact that Misako and Kyoko defeated the villains, they are in for an unfortunate setback: the yakuza boss escaped from prison and seized power in River City, including the school where the main characters study.

They are immediately expelled, after which they spend two months at Kyoko’s house playing video games. Once, having gone to the store for the long-awaited continuation of their favorite game, the girls fall into the very center of the conspiracy, and are forced to get involved in the battle again in order to free their hometown. However, during the time that has passed in idleness, Misako and Kyoko have lost all their skills, so they will have to re-learn martial arts. 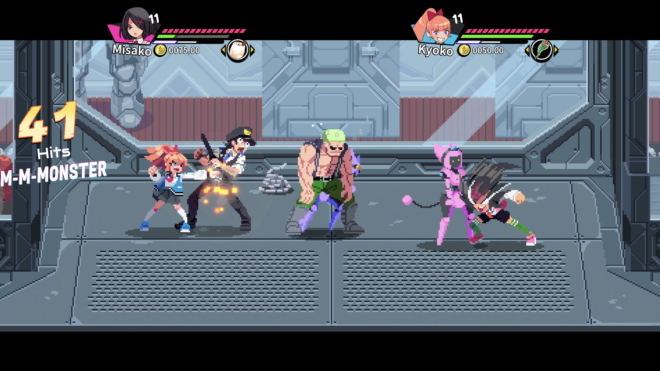 As you probably guessed, the script of River City Girls 2 does not pretend to be serious. Brawls between the characters are full of jokes, the city is littered with visual references to popular culture, and eccentric characters offer weirder quests than the other, like collecting tarot cards for a skeleton encountered in a cemetery.

The sprawling city locations are interesting to explore, not least because of the many details and the large number of optional areas where you can find some secrets or get hold of valuable loot. Sometimes there is a desire to just stop and watch the NPCs go about their business. It’s definitely not what you expect from beat’em’up – in a good way. The impression is spoiled only by numerous downloads between levels, which looks very strange when installing the game on a high-speed SSD. 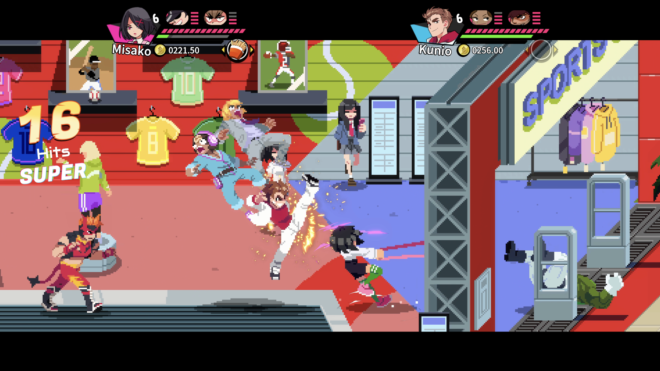 When it comes to combat, the title has a lot to offer. In River City Girls 2, the four heroes from the previous game, Misako, Kyoko, Kunio, and Riki, return, and two more join them: Marian from the Double Dragon series and Provie from River City Ransom: Underground. Each of the fighters uses their own unique style, so you can choose who is more to your liking – for example, a speedster who moves quickly around the arena, or, on the contrary, a character with low speed and powerful attacks.

The basic gameplay formula follows the principles of the beat’em’up genre: weak and strong attacks, jumps, special moves, use of environmental elements. At any moment, you can grab someone’s bike or, by the way, a baseball bat that happened to be nearby and significantly increase the damage. The recruitment mechanic is also useful: an opponent can ask for mercy and go over to the player’s side, after which it becomes possible to call him during a skirmish for an additional attack. At the same time, you have to adapt to the opponents, because some strive to get closer, others hit from a distance, others try to use the numerical advantage. 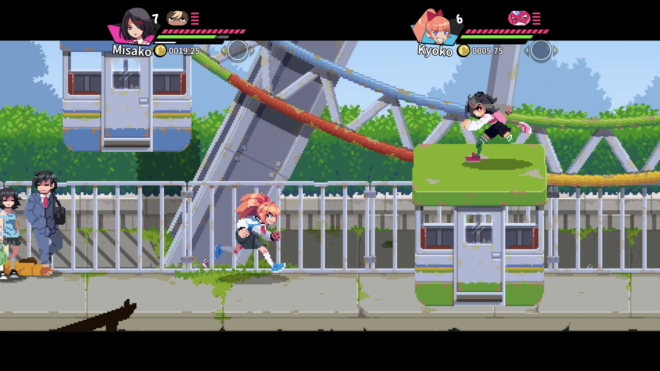 Playing in co-op, it is not surprising to get lost in the chaos that is happening on the battlefield. River City Girls 2 gives you the ability to highlight playable characters with distinctive marks, but that doesn’t always help, given that characters and their opponents often look pretty similar. In a title where loss of control is like death, such situations lead to embarrassing defeats.

As for the boss fights, this is where the player’s skill is tested. Boss fights are varied and complex, and if encounters with ordinary opponents do not pose a serious challenge, then you can seriously get stuck in episodes with ringleaders. Fortunately, the game does not force you to travel a long way after a defeat, providing the opportunity to immediately return to the battle. 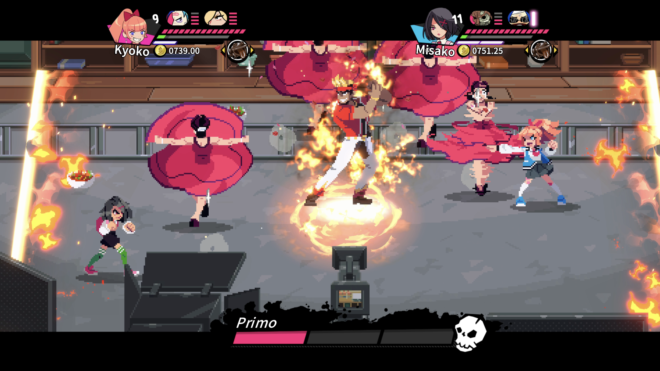 River City Girls 2 is about the same as what you saw in the first part, only a little bigger and more fun. It has amazing pixel art, good humor and satisfying combat. If you like beat’em’up games – highly recommended.

In a good silly plot, a lot of jokes and references

There is local and online co-op, as well as crossplay

Some of the bosses are really hardcore

A PHOTO. Messi with the World Cup flies in an airplane

Ransomware: this was the biggest threat to your PC in 2022

MEO, NOS, Vodafone and NOWO already have TVI Player for free in the box