RONALDO: “A farewell worthy of a genius who was the captain of an entire era” 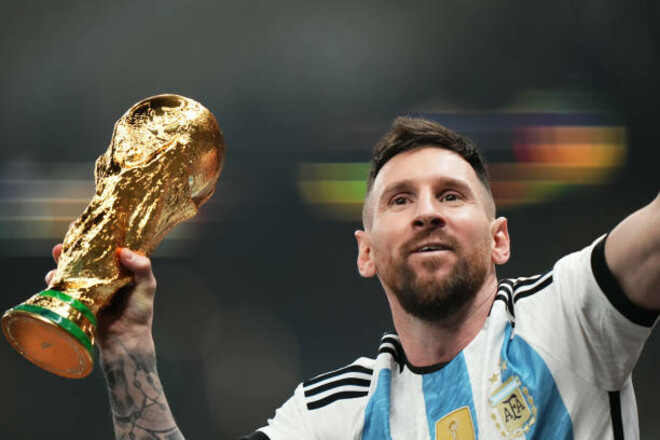 The 46-year-old Brazilian former striker Ronaldo praised the victory of the Argentina national team at the World Cup in Qatar, and also spoke about Lionel Messi, who won the world trophy for national teams for the first time in his career.

“The football of this guy corners any opponent. I saw so many Brazilians and people from all over the world rooting for Messi in this amazing final.

A farewell worthy of a genius who was not only the star of the World Cup, but also the captain of an entire era,” Ronaldo tweeted.

Recall that Lionel Messi was named the best player of the tournament at the end of the 2022 World Cup. In addition, the 35-year-old striker became the world championship record holder in terms of goal + pass statistics.

This guy’s football throws any rivalry to the corner. I saw a lot of Brazilians – and people from all over the world – rooting for Messi in this electrifying final. A farewell worthy of the genius who, far beyond being a World Cup star, captained an era.

By the way, how long does it take to travel from Earth to Mars?

Glen Scofield Says He ‘Messed Up’ The Callisto Protocol Reworks