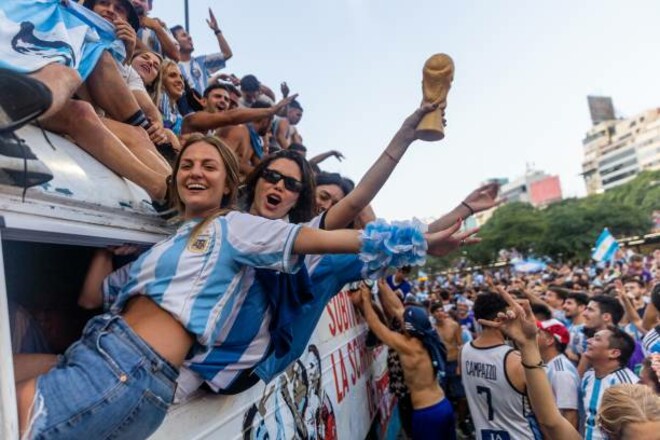 The Argentine authorities declared Tuesday, December 20, a national holiday. The reason is the conquest of the national team of the World Cup 2022 and large-scale celebrations on this occasion.

Lionel Messi and company are expected to fly to Buenos Aires on the night of Monday to Tuesday. Based on this, it is unlikely that in Argentina on Tuesday, the 20th, at least someone will agree to go to work.

Recall that on Sunday, December 18, the Argentine national team in the final of the 2022 World Cup beat the team of France – 3:3, 4:2 on penalties. Argentines became world champions for the first time in 36 years. Prior to that, the team won the World Cup in 1978 and 1986.

OFFICIALLY. Lvov signed the Brazilian center back from Sabah

Gold and bronze. Yadov and Bilodid won awards at a prestigious tournament

Konstantin ANDRIYUK: “Pavelko is afraid of the truth and wants to shut my mouth”

Malinovsky embraced him. Borussia Dortmund interested in the Russian

Season 2 of Unbreakable is set to premiere in 2023.

Apple is preparing a new iMac Pro with a more compact body, but its high price may reduce its appeal

Apple sued for stalking with AirTag