President of the Ukrainian football team of journalists Olga Vitak stated that FIFA and UEFA have warned the UAF about a possible exclusion from international organizations in the event of a virtual Executive Committee on December 20:

“FIFA and UEFA, in an address letter to UAF vice-presidents, remind that the Ukrainian association must manage its affairs without the influence of third parties. Any breach of this obligation may result in the suspension of the UAF’s membership in FIFA and UEFA in accordance with Art. 16 of the FIFA Statutes and Art. 9 of the UEFA Statutes.

A few days earlier, Vitak announced that on December 20 they were going to hold virtual Executive Committee on the removal of the UAF President Andrey Pavelko and appointment in his place Andrey Shevchenko.

By the way, Shevchenko’s candidacy for the post of head of the UAF was officially nominated on December 2, 2022. 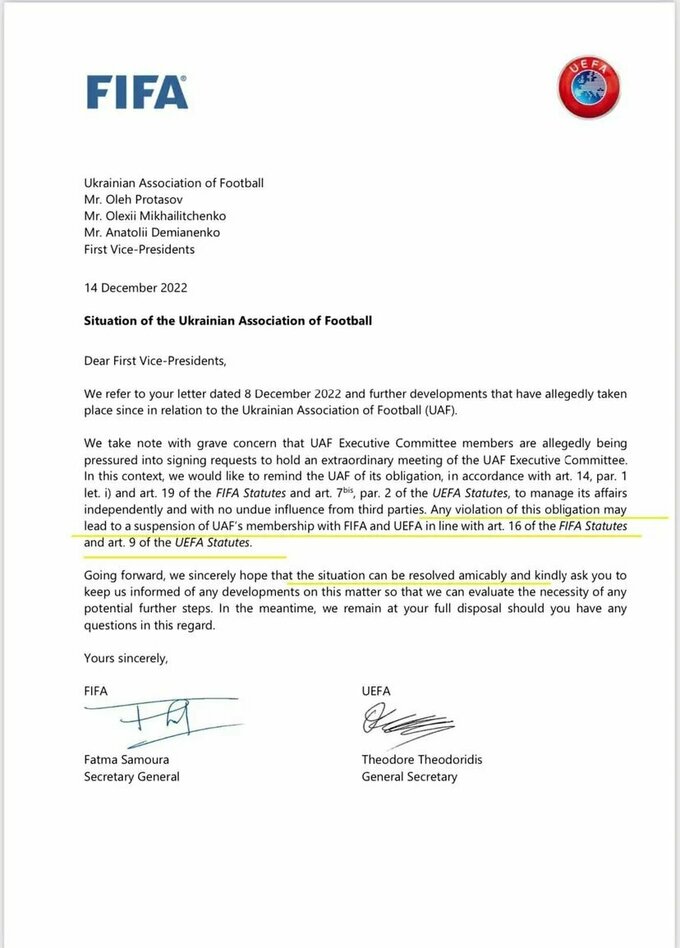 Kojima Productions, best wishes to Ludens too: this is how the life-size statue was born

Review of BZ-176 in World of Tanks: guide how to play