Anais Chevalier-BOUCHER: “I’m very happy to finally be on the podium” 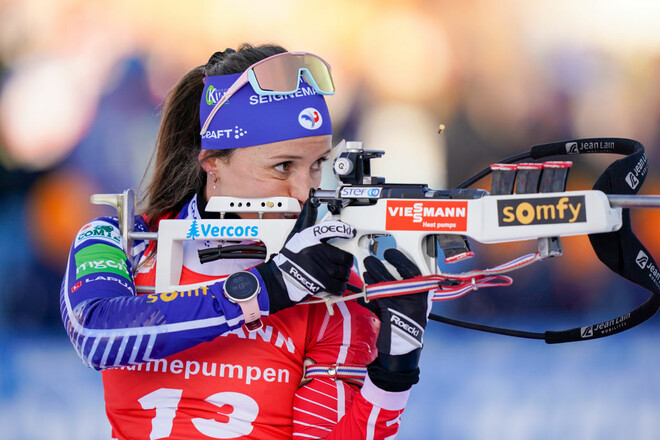 Biathlete of the French national team Anais Chevalier-Boucher commented on the third place in the mass start at the third stage of the World Cup in French Annecy.

“Very happy to finally be on the podium after such a hard month, and also to do it at home in front of my own fans – this is the perfect end to the first trimester.

At the last shooting range, I thought only of my sister, with whom at that moment I was fighting for the victory. She worked nearby, and I was worried about her posture and breathing.

It was very difficult to pull myself together and switch over to myself – in the end I made a mistake, but this is an acceptable result, given the circumstances.

If the race had ended after the third shooting, her result would have been perfect. On the fourth lap, I was first, Chloe was second. In the end, everything turned out differently, but I had time to dream of a sister podium at my home stadium and enjoy the moment.

A great day for our team – two of us on the podium, two more young girls got into the flower ceremony. A total of 5 French women in the top 8 is a success.

We can be proud of ourselves. We gave the fans a good result, and they gave us a holiday. Their congratulations and singing during the award ceremony was a great gift for the Christmas holidays,” said Chevalier-Boucher.

Zaruba! Navarette, having been knocked down, took revenge on Wilson and took the WBO belt

The Last of Us: the trailer with Italian dub now available

Intel Arc Battlemage may be coming in 2023, targets Nvidia RTX 4070

The Dark Pictures Anthology: Patch for Little Hope rolled out

DualSense Edge: Videos and more details on the 240 euro controller