Lost Ark: This is how it will continue in the first half of 2023

Of course, Amazon’s successful action role-playing game Lost Ark will continue in the new year and will then be given fresh game content. The developers have now published an outlook on this. 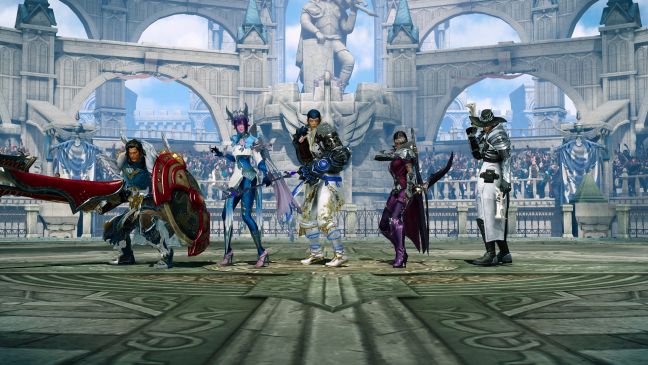 As the year draws to a close, there is often a look back at the year, but often there is also a look ahead at what lies ahead of us in the new year. The developers of Lost Ark have now published a roadmap of what you can expect in the action role-playing game Lost Ark in the first half of 2023.

In January it starts with a cross-over event with the popular RPG series The Witcher. Some of the iconic characters from the CD Projekt RED franchise will appear in the game, along with event quests on a whole new island.

The month of February brings with it the grand celebration of the first anniversary of Lost Ark in the West; some special events have been planned for this. In addition, the Rowen continent south of Sushire is being introduced into the game. After a thriving ancient civilization disappeared, Rowen fell into oblivion in the history of Arkesia. However, as rumors spread about the wealth of Crimson Jewels in this land, the factions coveting the jewels began to join forces in Rowen. To begin Rowen’s world quest, item level 1445 is required.

The Tulubik battlefield is scheduled for March 2023. At the same time, a new type of PvP activity will be introduced with the 96-player (48 vs. 48) RvR battleground of Tulubik. With bases to conquer, special secondary objectives, and last but not least, dozens of players fighting on the opposite team, there’s plenty of action on the Tulubik battlefield. Faction rank 5 and item level 1490 are required to participate in the Tulubik Battlefield.

While there will also be another comfort update with changes to the game balance and the third Ark Pass in March, the next advanced class will follow in April with “Artist”. Able to use a variety of tactics with the power of her brush’s illusion, the artist specializes in supporting her team. With her magic brush and flowing ink, the artist can either attack enemies directly or summon sacred beasts by painting them.

You can find many more details about the individual content in the corresponding blog entry on the official website.

Amazon is giving Lost Ark a new class, a new raid, new progression events and more in the September update called “Wrath of the Machinists”.

Roadmap for WoW Dragonflight: These highlights are coming in 2023!

Sponsored: This PCSpecialist laptop has a secret weapon on board

Netflix is ​​abandoning one of its core businesses!