Death Stranding: The movie will not be like the game. “There’s no need to turn games into movies,” for Hideo Kojima 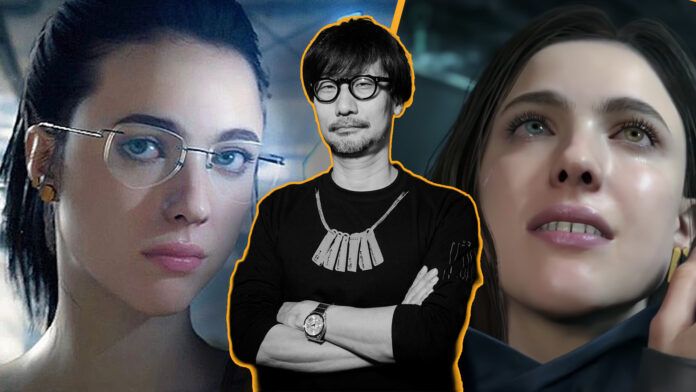 Hideo Kojima already has clear intentions for the Death Stranding film, and will aim for an art-house and more authorial cinema. However, the Japanese author clarified that we shouldn’t expect a film that takes up the events of the video game 1:1, anzi. Per Kojima this would be a huge mistake, as it is precisely because of this that the adaptations based on video games fail. “Games are games. There is no need to turn them into films”, explains the author.

This excerpt comes from a lengthy interview granted to IGN. In it we talked about this and that, also involving aspects related to the past of the father of Metal Gear, Snatcher, Policenauts, Boktai and Zone of the Enders. The interview turned, at one point, on the much talked about Death Stranding film, on which more than one fan has expressed fear, and it is difficult to be blamed for this.

Over the more than 30 years of videogame adaptations, the really “decent” ones can be counted on the fingers of one hand, and the really high quality ones are often relegated to animated and television products. Two great examples are Cyberpunk: Edgerunners o Arcane, able to positively amaze viewers (including Kojima). We’ve never really had a movie based on a video game that could even come close in quality to the source material.

The problem would lie in a mistake that all directors tend to run into: transforming video games into films. “The failure of game adaptations some time ago has led them to please the players, right? That’s why it feels like watching a video game. I don’t want the Death Stranding movie to be something like that,” Hideo Kojima explains. Indeed, the film will serve precisely to expand the lore of the game through a different artistic direction.

“I am trying to change and evolve the world of Death Stranding in a way that fits well with a movie. I made Death Stranding to be a game, and video games are video games. There is no need to turn them into films. So, in a way, this film is going in a direction that hasn’t been experienced before with game adaptations. I think what I need is to make something that will inspire some of the people who are going to watch this movie to become creators 10 or 20 years later,” he concluded.

During the same interview, Kojima also definitively turned off any rumors about the possibility of seeing him again on the old brands in the hands of Konami (Metal Gear and Silent Hill in the lead): “I work on my IPs, not on licensed ones”. The collaboration with Microsoft was also addressed: “the only one who understands me. I’ve had the idea for six years. They thought I was crazy. I was just waiting for the right technology“. Regarding Death Stranding, Kojima is working on the sequel which has the temporary name DS2.

Shame on UEFA. Russia plans to host an international tournament

Will The Elder Scrolls 6 be an Xbox exclusive? Microsoft's response to the FTC suggests this

Although nobody is interested (so far): Netflix continues to expand its gaming offer