Hideo Kojima, KojiPro goes to PHASE 2. “They didn’t want to rent us the offices” reveals the creator of Death Stranding 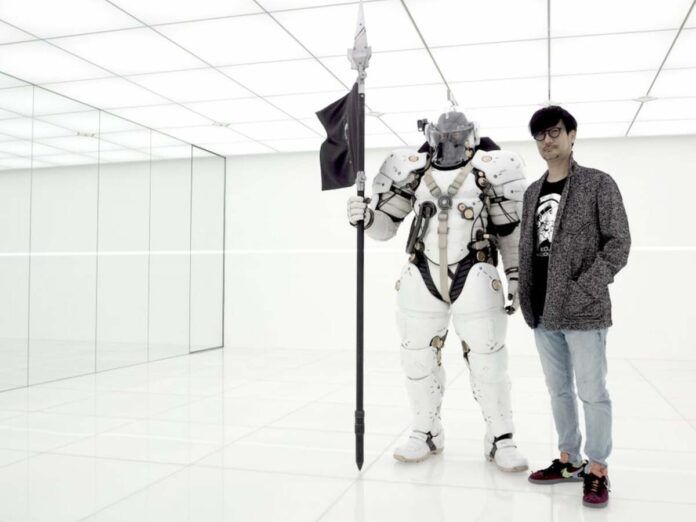 Last December 16, 2022 Kojima Productions has blown out its first seven candles. The software house founded by the brilliant mind of Hideo Kojima is having a great time between the confirmation of the Death Stranding sequel, the unexpected announcement of a film adaptation of the narrative universe (but not of the entire video game) and a mysterious collaborative project with Microsoft. To celebrate this new milestone, the company has made the decision to expand its work spaces by moving to a new location that Kojima himself has again compared to the USS Enterprise from Star Trek.

The “version 2.0” of Kojima Productions consists of a large white entrance in which the statue of God playing returns in all its magnificence to welcome workers and visitors. Also large all the remaining rooms such as the recreation area where each member of staff can take the necessary breaks in the company of their colleagues. Finally, a must room dedicated to photogrammetry equipped with the most performing equipment. These new spaces will host a new team made up of 170 people testifying to the great expansion of the latter.

IGN Japan also had the opportunity to exchange a few words with the father of Metal Gear Solid about the past, present and future of the software house. For starters Kojima recalls the early days when his studio was still relatively small.

“December 16 seven years ago was actually the day we officially registered this company. We started from nothing, no office and no equipment. Initially I rented a small room and used it as a temporary office where I worked on the first proposals using my PC or my smartphone. We only moved to this building in May of 2016. To be honest only listed companies can rent the space in the building where we are locatedthat’s why they initially rejected our request. After several attempts they finally only accepted it because one of the owners played my games. The same thing regarding a bank loan that we applied for in the same period. So yes, when we founded this company we had absolutely nothing: if we are here it is thanks to our connections.“

“Even for the Ludens logo we didn’t have computers available, so I talked about it with Yoji Shinkawa. We then created the concept on a sheet of paper to refine it later in the design studio of an acquaintance,” continues Kojima.

The mastermind behind Death Stranding later tells how he immediately wanted people to know about the existence of the Sam Porter Bridges adventure. “I wanted it to be known quickly that I was working on something new. That’s why I told Norman Reedus about this story. It was February 2016 and we were in a restaurant in Los Angeles. Shortly after we started making the first scans and performance captures to give life to the first teaser of the game.“

Starting from the bottom up and almost without resources Kojima Productions has managed to become one of the most talked about voices in the videogame scene today. As explained by Kojima himself, this expansion of the studio will not necessarily result in the arrival of new talent even if nothing can be excluded.

“No, I don’t want to add too many new people but of course that’s going to happen. Of the applications we receive, many come from abroad and are very talented people. Unfortunately, however, problems arise when they cannot come to work with us here in Shinagawa, not to mention the stumbling block of speaking Japanese. Because of this, Since we started the studio, we’ve only been hiring people who speak Japanese. But I think I will eliminate this condition, I want to be even more assertive in providing linguistic assistance. I wish staff could come to work in these offices whenever possible.”

Finally, despite the recent expansion that kicked off the “phase 2” of Kojima Productions, it seems that the studio has no intention of expanding abroad as well. Kojima has in fact explained that currently his study will focus exclusively on direct internal production.

Kojima, in the same interview, also told how it was working with Konami and on Metal Gear Solid in particular. The game director took the opportunity to reiterate that he will not work on other people’s IPs.

Microsoft and Activision, Brad Smith still believes he can convince the FTC by hooking up

LEGO promo: the Lamborghini Sián loses 31% of its price!

Joe Wander and the Enigmatic Adventures: Puzzle-Platformer is coming to Xbox Series X|S in February

Hyundai Kona 64 kWh: cost of recharging and range over a long journey of 850 km