Rukh U-19 coach: “I am very pleased that it turned out to be such a year” 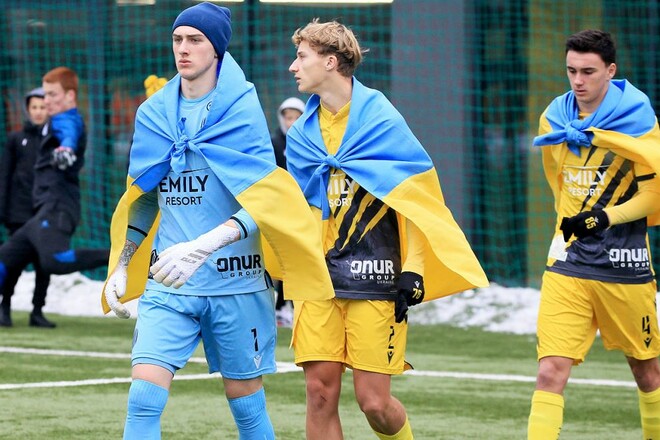 Head coach of “Rukh” U-19 and Leonid Kuchuk’s assistant in the main team of “blue-yellow” Vitaly Ponomarev summed up the intermediate results of the first part of the season.

– I will not dissemble, we have won everything that is possible this year, we have received the highest results in every tournament in which we participated. It’s very nice, I’m glad and proud of the guys, they’ve come a long way. There is a lot of work behind us, and it is very good that there is such a reward for these players in the form of those victories and achievements. In the first team, many have already made their debut. Therefore, I am emotionally very pleased that such a year has turned out.

– In the summer, you officially joined the coaching staff of Leonid Kuchuk in the main team and became his first assistant. How difficult or easy is it to combine positions: work in the main team, U-19, supervision of Rukh-2, which played in the championship of the Lviv region? Does it take all the time?

– It so happened in our club that now there are a lot of young footballers, the bet is on their pupils who could play in the Ukrainian Premier League. That’s why they did this experiment. Although I would not call it an experiment, we have a fairly good cooperation with Leonid Stanislavovich, he is, of course, an extremely experienced coach, there is a lot to learn from him. We practically train two teams together, so this transition from the U-19 team to the first team is easier and more painless.

I know all the U-19 and junior players, Leonid Stanislavovich too, and we are now making a decision on them together – good cooperation is obtained. I would also like to thank the coaching staff – both from the main team, and from the U-19s, and from the team of boys born in 2006, whom we are now considering for the near future. We work together with all the coaching staffs, and I believe that this should bear fruit.

There is a record of 135K. ZSU rounded off the losses of rashists in Ukraine

The UAF punished the president-collaborator of Tavria, the turn – ex-players of Shakhtar

Estimated prices of ASUS B760 and H770 boards have become known

The challenge starts, a game with Trio Medusa to spread the culture of insurance and the value of protection