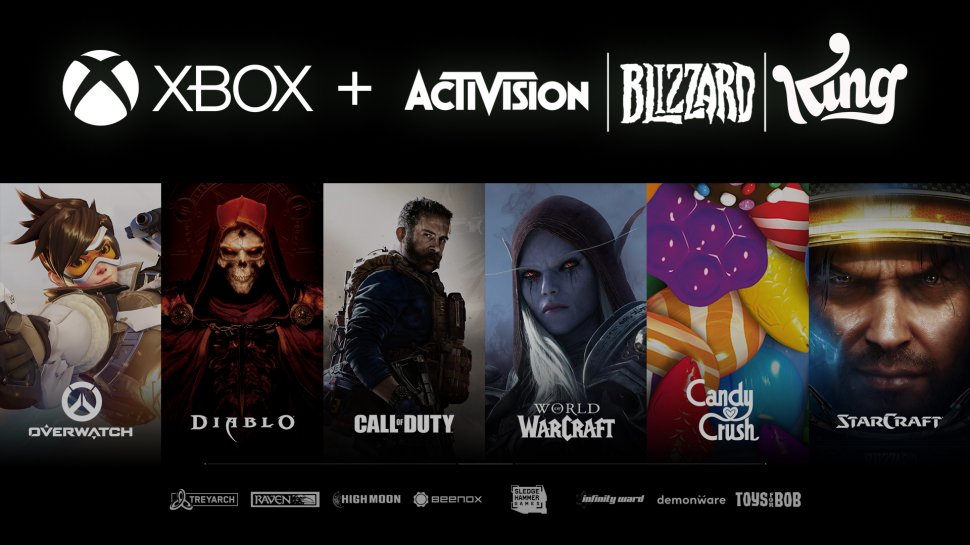 December 24th, 2022 at 7:45 am by Claus Ludewig – Microsoft has confirmed in a letter to the FTC that there will be three exclusive games from Bethesda. Not only The Elder Scrolls 6 should appear exclusively on PC and Xbox. In the course of the Activision takeover, however, Microsoft is making a promise.

In December, it became known that the American antitrust authority FTC was reviewing the planned takeover of Activision Blizzard by Microsoft internally and would like to take legal action against it. In January 2022, Microsoft surprised the gaming world by making it public that it intends to buy Activision Blizzard. The Xbox manufacturer wants to take over the publisher and developer studios behind Call of Duty for almost 70 billion US dollars. However, the takeover still has to be approved by various authorities. Microsoft has now responded to the FTC in a 37-page document.

This is how Microsoft defends itself against the Federal Trade Commission

The FTC has referred to Microsoft’s acquisition of Bethesda, where Microsoft previously promised there would be no exclusive titles for its own platforms. However, according to the FTC, this promise is not being kept. Instead of Playstation and Co., The Elder Scrolls 6 will be available exclusively for Xbox and PC. Meanwhile, Microsoft has announced that alongside the new role-playing game, the sci-fi game Starfield will only appear on PC and Xbox. In total there will be three exclusive titles from Bethesda, although these game titles can also be played on other platforms through Xbox Cloud Gaming. However, Sony does not want Microsoft to bring the cloud gaming service to the Playstation.

Xbox Cloud Gaming is included as an option with the Xbox Game Pass Ultimate gaming subscription. Microsoft has contractually agreed with Nintendo to bring Call of Duty to the Nintendo Switch for at least 10 years. Microsoft has made an offer to Sony to publish Call of Duty on the Playstation for life, but the Playstation manufacturer has not yet accepted this offer and is probably worried about the current exclusive deal with Activision. Microsoft would like to proceed with Activision Blizzard in the same way as Mojang Studios. Even after the takeover from the Minecraft developer, the building blocks game is available on different platforms, but a free Microsoft account is mandatory.

In the letter to the FTC, Microsoft argues that Sony is a huge player in the video game market. For this purpose, Microsoft has added statistics showing the distribution of sales figures by console manufacturer for the year 2021. Nintendo controls 50 percent of the market with the Nintendo Switch, Sony comes to 34 percent with the Playstation 5 and PS4, before Microsoft’s Xbox takes third place with 16 percent. However, Sony recorded the most exclusive games of 2021 at 50 percent, with Microsoft even admitting that God of War and Co. often offer higher quality than their own exclusive titles. In the field of mobile gaming, Microsoft is a small player with a 0.3 percent market share, while Activision Blizzard with King and series like Candy Crush still has four percent.

Also worth reading: Microsoft: Now players are complaining about the takeover of Activision Blizzard

Collection of exclusive titles from Microsoft:

Microsoft confirms there will be three Bethesda exclusives. In addition to The Elder Scrolls 6, this also includes Starfield. Recently, the American authority FTC announced that it would go to court against the planned takeover of Activision Blizzard by Microsoft. After all, Microsoft promised when it took over Bethesda not to publish any exclusive titles and then didn’t stick to it. Microsoft is now responding to the FTC in a 37-page document. The three exclusive titles could also be played on other platforms via Xbox Cloud Gaming, but Sony, for example, refused access. In the letter to the FTC, Microsoft argued that Sony is a huge player in the video games market. In 2021 alone, Sony had 50 percent of the exclusive games. Overall, with the Playstation 5 and PS4, Sony has a 34 percent share of all game consoles sold in 2021, only Nintendo has an even higher share of 50 percent.

The announcement of a new add-on for the space sandbox X4: Foundations took place