Arcane, Jinx’s cosplay from Xandrastax shows the two opposite sides of the girl 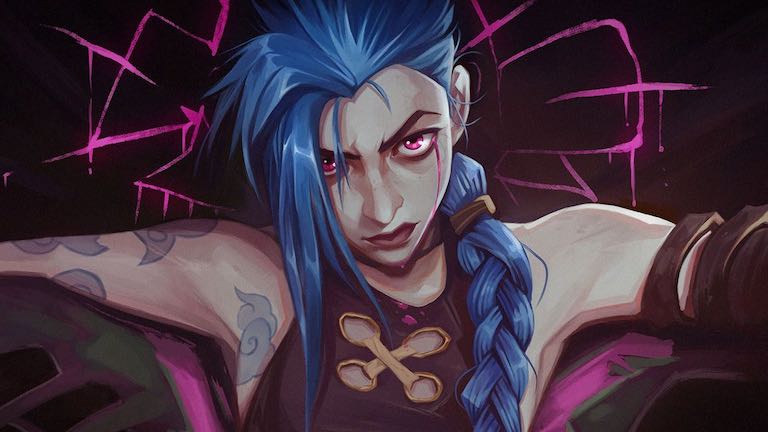 Arcane is one of the best animated productions seen on Netflix, much appreciated even by non-League of Legends enthusiasts, which has led to a trend of themed reinterpretations: among the best, we see the jinx cosplay from Xandrastaxreally perfect in its reproduction of the protagonist.

It is not the first time that the cosplayer has tried her hand at this character, but in this case there is also a particular care in the retouching of the image, complete with writings that shine through in the background, to underline Jinx’s moments of greatest weakness, here portrayed in its two opposing phases of fear and bravado. In the first image, the girl appears overwhelmed by fears, guilt and insecurities, while in the second these uncertainties disappear in a sort of fit of madness.

For those who have not followed the question, Arcane is an animated series produced by Riot and Fortiche Productions for Netflix. Based on the staged world of League of Legends, Arcane chronicles the complex relationship between the wealthy utopian city of Piltover and the oppressed underground of Zaun.

In this very difficult balance, the character of Jinx emerges in particular, one of the playable characters in League of Legends: she is a formidable fighter and brilliant inventor, but who due to childhood traumas has a totally deranged personality bordering on real madness. Despite her sentimental part often resurfaces, especially in the bond with her sister Vi, Jinx does not hesitate to sow chaos, seeking spectacularity and unbridled destruction, but in the Arcane series she emerges as a much more multifaceted and profound character.

If you are looking for other cosplays, we refer you to some of the most recent ones published on these pages, such as Sakura’s cosplay by diaphora_cosplay, Tae Takemi’s cosplay by Xenon_ne from Persona 5, anastasia.komori’s cosplay from The Legend of Zelda, the cosplay by Marin by jasikyu from My Dress-Up Darling, Makima’s by Shirogane_sama from Chainsaw Man, Lucy’s cosplay by xenon_ne from Cyberpunk: Edgerunners, Elizabeth’s by calssara from The Seven Deadly Sins and Marion’s cosplay in yazbunnyy swimsuit from Dragon Ball.

Xiaomi: Activate this on your smartphone to receive MIUI updates faster

Chasing Mbappe and Messi. Haaland entered the top 3 of the year in the system "goal + pass"

The announcement of a new add-on for the space sandbox X4: Foundations took place

Cosplayers from Guardians of the Galaxy provide contemplative gifts

“The end is just perfect”: an actor of Stranger Things on Netflix promises a final in apotheosis