Everton – Wolves. Forecast and announcement for the match 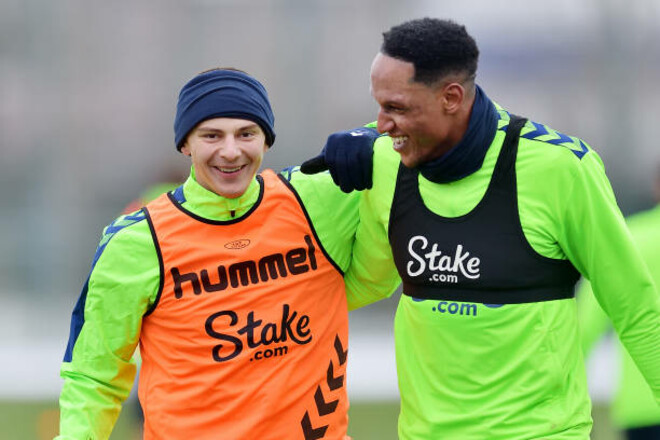 On December 26, Goodison Park will host the match of the 17th round of the English Premier League, in which Everton will meet Wolves. The start of the fight is scheduled for 16:00 European time.

The team last season, having failed to keep Carlo Ancelotti (which is not surprising – Real Madrid himself called him back), quickly slipped from claims almost to the Champions League to a real struggle for survival. It was won in the spring at the last, more precisely, at the penultimate moment – they secured the protection of the “registration permit” in the 37th round. This was achieved by Lampard, who came to Liverpool in time to replace the disappointing Benitez. But what Frank fails to do is at least return the toffee to the middle of the table. There were some good successes in the new season. But in the end, having lost the last matches in November, the Blues managed to fly out in the League Cup and with 3 wins and 14 points in 15 rounds of the Premier League. So far, there are 3 weaker teams in the Premier League at once, but such statistics will definitely provide only a “ticket” to the Championship.

The club has become the main disappointment of this season. It seems that Bruno Lage managed to fix something in the last championship. Managed to climb to 10th place. But after the summer holidays, everything went wrong completely. The Portuguese was quickly fired, and it seemed that they immediately agreed with Lopetegui. But Yulen refused at the last moment, and the management of the Wolves decided to postpone the issue, entrusting the post to Stephen Davis. The one with the role of “acting” didn’t quite make it. As a result, in November, they were still able to put the squeeze on the Spanish coach. He, having come to the post, won against Leeds, but this is in the cup. In the Premier League, the autumn segment ended 0-2 with Arsenal. As a result, the ambitious team went to a much-needed break in last place with 2 wins and 10 points in 15 matches. There was something to work on during the pause, when there were no official matches.

Wolverhampton were able to win both matches last season.

Bookmakers sympathize with Everton that they play at home. But Lopetegui is very experienced, we recommend betting that his “wolves” will not lose (odds – 1.66) from Parimatch.

Kyiv is counting on him. The eminent club is interested in the Dynamo striker

We need rockets. Ukraine guarantees not to shoot at Russia

Who Is He: Let Me Out Coming Soon - A Puzzle Horror Game from Indonesia