THQ Nordic has released a video themed Christmas cards Gothic 1 Remake which contains aunedited image of the game. More precisely, Campo Vecchio is shown, i.e. the oldest and richest urban agglomeration in the game, located in the Valle delle Miniere. In the background we can see the old castle, while below some characters who populate it.

Campo Vecchio is the richest place in Gothic (therefore also in the remake), thanks to the exploitation of the mines, the only one to trade with the king. Let’s see the video:

Let’s see the picture of Campo Vecchio excerpt from the video: 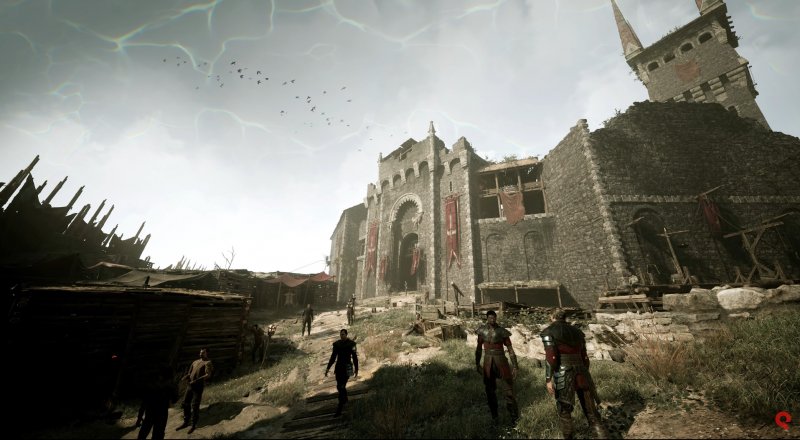 Note that the video ends with the promise that we will know more about Gothic 1 Remake in 2023. Is it finally ready?

The kingdom of Myrtana has been overrun by a relentless horde of orcs.
In order to obtain the vast amount of magic ore necessary to forge powerful weapons, King Rhobar II puts to work all the available prisoners in the mines of Khorinis. To prevent him from escaping, the ruler asks his best magicians to create a magical barrier, but something goes wrong. the wrong way. Magic gets out of control and a riot turns the mines into a lawless zone controlled by the most violent prisoners.
The king is forced to come to terms with the leaders of the new faction, while the tension between the different groups that populate the mine grows continuously. What no one expects is that the arrival of an unknown prisoner will completely change the situation.

Return to the Colony in a complete remake of the popular and revolutionary 2001 Gothic. Discover again the world of the mining colony, with its secrets and difficulties. Play as the Nameless Hero – Decide the fate of a prisoner who must survive in a world full of wild animals, creatures and dangerous inmates. Complete and faithful remake of the original Gothic 1. Revamped combat system that brings the basic dynamics of the original into the modern era.

Amazon offers: discounted PSN top-up card from €120, can also be used for PS Plus Premium

Android 13 on Nothing Phone (1): know how to be the first to test

Smart watch IMILAB W02 with a 1.85-inch frameless screen is available at a discount for only 2812 rubles