Intel: Core i5-13500 sold and tested before official launch

December 24th, 2022 at 2:45 p.m. by Maximilian Hohm – Even before the official release of the Core i5-13500, it is apparently being sold in Asia. The overclocker Alva Jonathan bought such a processor and carried out a first test to assess its performance. Read more about this below.

Intel is scheduled to release its new entry-level versions of Raptor Lake during CES. In addition to these interesting budget processors, the models with a lower TDP of 65 watts and the B760 chipset are also to be officially presented. The performance of the processors is no longer a secret, because they can be roughly simulated using the models already presented with the same architecture. However, the chips are now being sold in Asia before they are launched, so you no longer have to wait for benchmark results.

Core i9-13900K with new world record: Overclocked to over 9 GHz with liquid helium 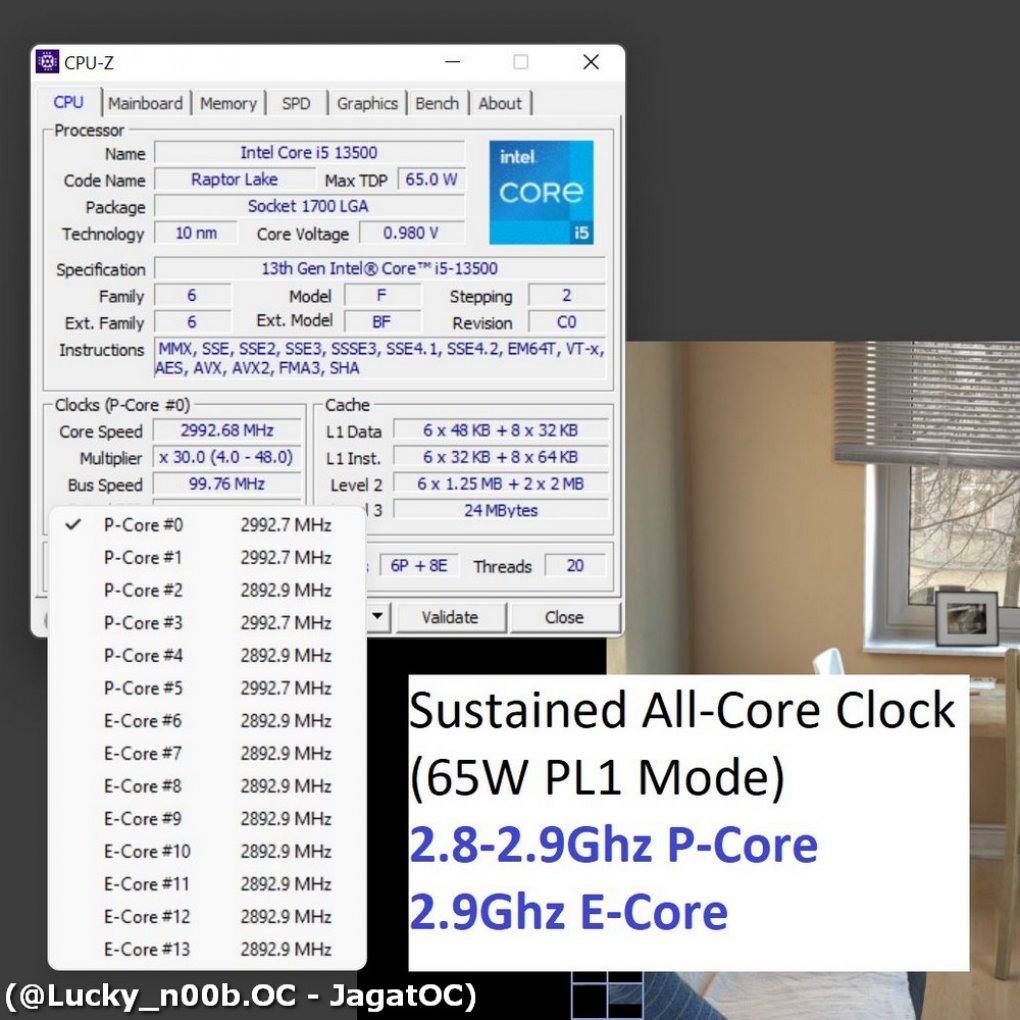 Overclocker Alva Jonathan, known as “Lucky_n00b”, simply bought and tested the new Core i5-13500 from Asian retailers a week before the official release. The 14-core processor consists of six P cores and eight E cores, which have to make do with a TDP of 65 watts. In contrast to the Core i5-12500, the new model has the E cores, which should significantly increase the multi-core performance in applications. The TDP of 65 watts is defined as Power Limit 1 (PL1), but depending on the mainboard, the CPU can also be operated with PL2 or Max Turbo Power (MTP), which would then provide 154 watts.

That sounds like a big difference and seems to make one in practice. The overclocker reports a clock difference of 1.5 GHz in multi-core benchmarks when switching between PL1 and PL2. At 65 watts there is only a 2.9 to 3 GHz clock, while at 154 watts it is 4.5 GHz via the P-cores. The E cores increase from 2.9 to 3.5 GHz.

Expressed in benchmarks, the Core i5-13500 ends up with PL1 in Cinebench R23 with a multi-core score of 17,104 points and is thus approximately on a level with the Core i5-12600K. With PL2 it achieves 21,103 points, less than ten percent behind a Core i7-12700K. But now to the most interesting part. Jonathan says he bought the processor for around $270, so the new chip is very good value for money.

Kojima Production: '2023 will be a more challenging year'. What does the future have to offer?

Apple sued for stalking with AirTag