Marvel’s Midnight Suns is a new dawn for tactics. Review

The idea of ​​XCOM in the entourage of the Marvel universe looked pretty interesting from the very beginning. And although the combination of tactical and strategic genres with comic book worlds is quite common on mobile platforms and causes natural disgust, here Firaxis Games itself got down to business, understanding exactly how to make high-quality tactics. And, to be honest, it turned out not just famously – Marvel’s Midnight Suns literally collected the tactical genre anew: it added a lot of successful fresh solutions and got rid of a bunch of annoying genre atavisms in the spirit of ridiculous misses at close range with a 95 percent chance of hitting. The only caveat: we must try not to fall asleep during the plot twists and turns … 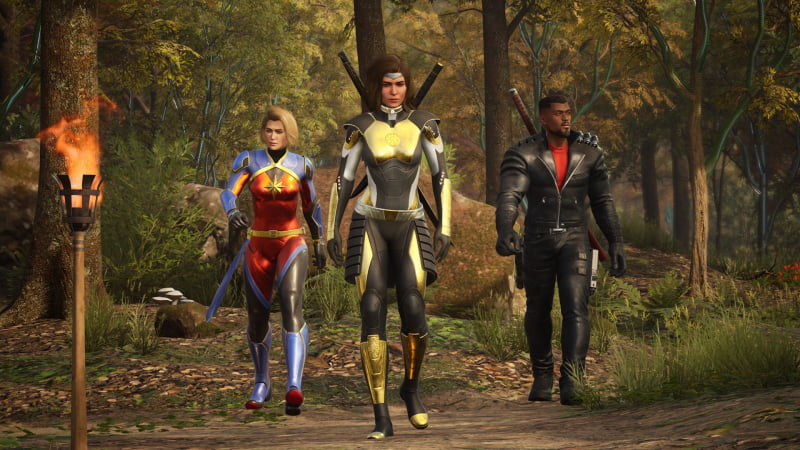 Sweeping in “rapid” to epic music is, of course, very cool! I go to the nearest store in the same way

The narrative of Marvel’s Midnight Suns is the weakest part of the game. The main plot here hardly stands out in any way against the background of other superhero-themed works. The world is threatened by another absolute evil (this time – the dark deity Chthon). On the side of the sinister god, the Hydra organization, the demonic creatures of the abyss and the iconic antagonists of the Marvel Universe like Venom, Crossbone or Sabretooth. And there is no other force in the world that can stop the chaos, except for the team of superheroes – “Midnight Suns”! They unite under our leadership in the person of the Huntress (or the Hunter), an ancient warrior who is related by family ties to Chthon’s closest comrade-in-arms – Lilith. She is her birth mother.

The vicissitudes of the main plot quite often affect the dual nature of the Huntress and her complex relationship with Lilith. And in the heroic team, not everything is so rosy. Many participants of the “Midnight Suns” have differences in their views on life, and in acceptable methods of fighting evil, and personal hostility makes itself felt – some do not restrain their attitude towards forced allies. 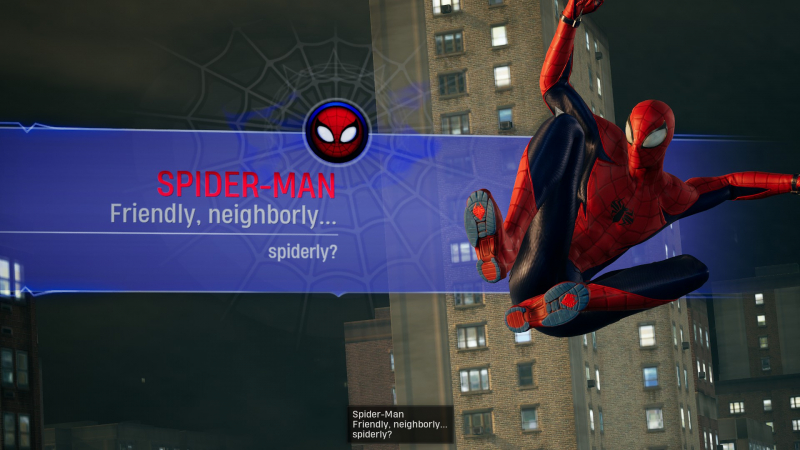 All this, as it should be, is flavored with an immense portion of pathos, mock drama and jokes. At first, it is really interesting to follow the conflicts of heroes, clashes of views and characters, but by the tenth hour it becomes unbearably boring. Yes, and some confusion prevents imbued with one or another mental torment – there are too many characters here, and their storylines are resolved frankly straightforward. They are saved from the viscous tedium by interspersing rather spectacular action scenes and the ability to skip boring plot segments.

Although at first everything did not work out in the team, it is in our power to melt the chill between the heroes. For example, by increasing the overall level of friendship, which gives some advantages in battle, and also, upon reaching a certain indicator, opens a heroic test, the passage of which will give us an incredibly strong card. The collective morale is built from the small – the personal relationship of each Sun to the Huntress. You can improve it in many ways – for example, in some conversations, role-playing is provided with a choice of answer options. Some people like to be supported and encouraged; others would prefer to hear the truth, albeit heavy, instead of empty encouragement. 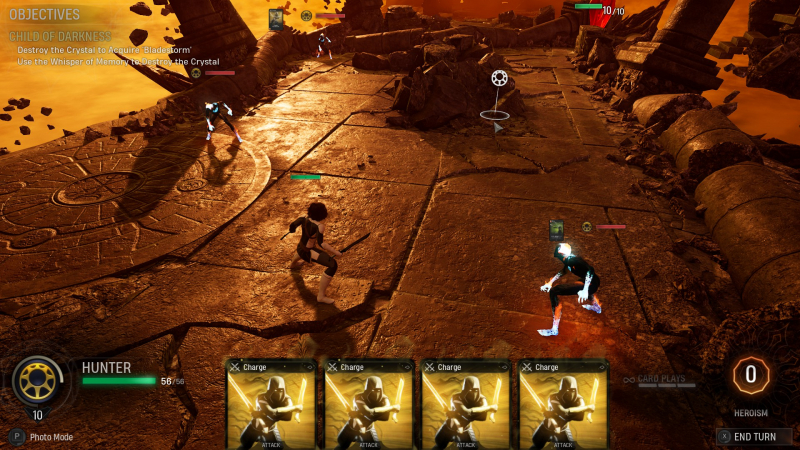 Friendships are also strengthened through joint sparring and outings on missions. And superheroes are not alien to simple human joys. Let’s say Blade will be happy to read a book by the fireplace with the protagonist; Spider-Man won’t refuse to play a video game with us; Scarlet Witch will be delighted with a heart-to-heart talk; and Carol Danvers (aka Captain Marvel) will gladly take a drink. However, activities are not tied to specific heroes – you can also have a glass with Doctor Strange …

Superhero friendships are also strengthened by various gifts, small errands, sudden compliments, or participation in special nightly activities. Let’s say working in the workshop with Iron Man, Ghost Rider and Spider-Man; or book club discussions with Blade, Captain America and Wolverine. By the way, participation in such events not only strengthens the team spirit, but also gives us additional combat options – maps.

A friendly team and enemies crush together

It’s amazing how fresh the tactical component of the game feels. For example, there is no cover system canonical for the genre, and the chances of getting hit went under the knife. But that by no means makes Marvel’s Midnight Suns a simplistic tactic – quite the contrary. Over all the nuances associated with building a deck, combinations of heroes and the effective use of the environment, you will have to break your head more than once or twice.

Combat missions are standard here – clear the arena, defeat a special opponent, and have time to perform a certain action in a limited time. As a rule, three heroes participate in the battle on our side, armed with pre-built decks with attacking, defensive or other options – they will randomly fill our hand. The battles go step by step and are divided into rounds – during one round we have a fixed set of options (which, however, can be modified thanks to certain cards, but more on that later), which includes: one movement, the ability to play three cards and replace a certain card twice card in hand.

Also, cards are divided into ordinary and heroic. And in order to play an option from the second category, you need to score “heroism” using cards from the first. This is a demonstration of Blade’s Daywalker hero card.

These limits can be distributed among everyone, or you can arrange a benefit for one hero if the combinations of cards (they are also abilities) in the hand promise powerful tactical superiority or other benefits. It’s also important to keep special abilities in mind – let’s say “fast” doesn’t spend a limit on the condition that they destroy an enemy; and, for example, cards with a knockback effect that move enemies around the battle arena will come in handy in preparation for a powerful area attack. Or you can push two opponents with low health, saving resources, or send a powerful adversary to meet with an electric generator, stunning for a whole round. And of course, there are plenty of genre-familiar bleeding, weakening, curses, and many, many other effects.

Building a deck for each of the characters is an incredibly interesting experience. Each superhero has its own profile: Doctor Strange manipulates the deck, can increase the limits and increase the damage of combat cards; Scarlet Witch specializes in area effects, both damaging enemies and protecting allies; and, say, Captain Marvel is able to build up huge armor indicators and provoke enemies to attack herself, inflicting monstrous damage along the way. Or you can experiment and try different builds for different lineups that will be closer to your favorite tactics. I’ve got an incredibly powerful trio of the Huntress, Blade and Captain Marvel, sweeping away enemies in just a couple of moves. If, of course, you were lucky with the cards …

After each mission, one or more boosters are issued, sometimes something worthwhile comes across there

Abilities are important not only to collect (having received as a reward for a mission or done on your own), but also to competently improve. For a basic upgrade, you will need a second copy of the card, and for advanced upgrades, you will need different resources (including disenchanting unnecessary abilities) and a little bit of luck. It’s also always a good idea to craft some useful items for the next mission, such as those that give you two additional cards when used or weaken opponents.

Also, between missions, you can keep yourself busy searching for various secrets in the headquarters of the Midnight Suns, send the heroes on a training sortie, launch a new research that will expand our strategic and tactical options, or send one of the unused characters on a special background mission. Things are certainly important, but this routine is not implemented very conveniently – you literally need to run to each of the points with your legs, which begins to tire by the middle of the game. A separate menu for all “home” affairs would come in handy.

However, this trifle, like a boring overloaded plot, is unlikely to knock the project off its feet. Marvel’s Midnight Suns is an incredibly entertaining tactic with a highly addictive card system of features and an ocean of diverse gameplay options. Looks like it’s a new dawn of the genre.

the tactical component got rid of several familiar elements, but remained deep and addictive; an exciting and variable card system for building heroes; curious mechanics of friendships, promising more than one touching scene.

unbearably boring overall plot and unconvincing character arcs – fortunately, tedious scenes can be skipped; dealing with the routine between missions is somewhat inconvenient.

For a tactical game based on the comics universe, everything looks just fine: the effects and animations are incredibly spectacular, the arenas are detailed and atmospheric, and the story cutscenes turned out to be very spectacular.

Marvel’s Midnight Suns sounds like it should be for a noisy superhero work: the rumble of powerful tricks, the chirp of automatic bursts, the roar of powerful explosions – the sound plunges you headlong into battle.

Yes, and the music is what you need: somewhere it barely noticeably accompanies the conversational scene, somewhere it lets in thick drama, and somewhere it launches pathos into space. For example, every time the heroes go on a mission.

Fascinating tactics with an ocean of various possibilities and interesting mechanics.

Completely go through the story, complete a dozen or two secondary missions, master heroic trials – all this will take forty to fifty hours, no less. Fortunately, this is exactly the project in which you want to stay longer.

Marvel’s Midnight Suns is not perfect, and there is something to complain about: both boring narrative and clumsily solved routine. But the power of the foundation – tactical battles with a deep card system of abilities – confidently outweighs all the shortcomings.

The Birth of the WWW (PCGH-Retro, December 25)

Call of Duty Warzone 2.0: The “Superman” glitch is back in the battle royale