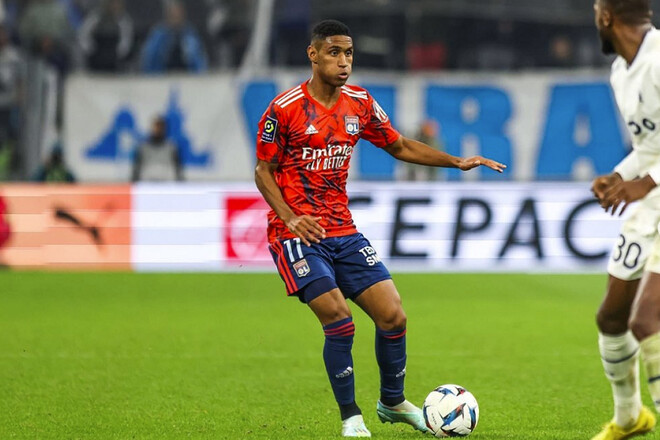 A number of clubs in the English Premier League have been offered to sign 22-year-old Shakhtar winger Tete, who currently plays for French Lyon on loan.

After the start of the full-scale phase of the Russian-Ukrainian war, the Brazilian took advantage of the FIFA circular, because of which the Pitmen have now turned to the Court of Arbitration for Sport, and signed a temporary agreement with the French club.

After Laurent Blanc took over as head coach of Lyon, Tete’s playing practice began to decline, and in general, the “weavers” are not opposed to the Brazilian leaving their club in January, despite the loan period until the end of the season.

It is reported that at least four clubs in the English Premier League – Arsenal, West Ham, Newcastle and Tottenham – were offered to sign Tete on loan with a view to concluding a full-fledged deal in the future.

It is not yet clear whether any of these clubs will agree to meet the Brazilian salary requirements. It is also unclear whether Shakhtar will be able to claim compensation for the transfer of their winger, since the Pitmen’s contract with him expires in a year, on December 31, 2023.

Tete has made 13 appearances for Lyon this season, scoring 5 goals and providing 3 assists.

There is a record of 135K. ZSU rounded off the losses of rashists in Ukraine

The UAF punished the president-collaborator of Tavria, the turn – ex-players of Shakhtar

Apex Legends: Leak introduces next legend "Ballistic" and other plans

Aroged: Judging by the patent application, Huawei is developing an EUV scanner for the production of 7nm chips