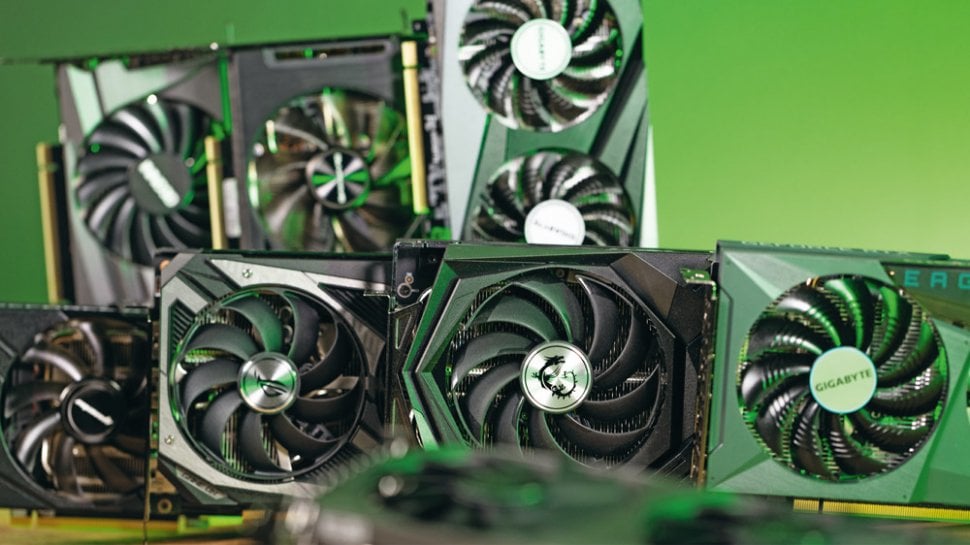 December 24th, 2022 at 1:15 p.m. by Maximilian Hohm – Nvidia has revised its Geforce RTX 3050 and replaced the pin-compatible GA106 with a GA107. For the customer, this reduces the power consumption by 15 watts, but the power should remain absolutely the same, and the manufacturer models are otherwise identical. Read more about this below.

So far, neither AMD nor Nvidia have presented new mid-range graphics cards. Even in the days of Ampere and RDNA2, these were treated rather neglected compared to many previous generations and came onto the market with a significant delay and sometimes with lazy compromises for the players. Nvidia is now showing that the old graphics cards from the Ampere series will apparently continue to be sold in parallel with the new upper-class models à la RTX 4080 and RTX 4090 for quite a while.

Graphics card rumor mill: Pictures of the RTX Titan are said to be fakes

The manufacturer has now revised the Geforce RTX 3050, the smallest model in the Ampere series, and given it a GA107 GPU. To date, a GA106 GPU was installed on the Geforce RTX 3050, which was not too demanding with a power consumption of 130 watts. However, a fully expanded GA106 can offer a maximum of 3,840 CUDA cores, but only 2,560 cores are active on an RTX 3050. It therefore seems as if the plan from the beginning was to rely on the GA107, which also only has 2,560 CUDA cores.

It is not certain that the use of the GA106 chip, which is actually the basis of the RTX 3060, was an interim recycling of bad and partly defective chips by Nvidia, but it can be assumed. GA106 and GA107 are pin compatible, so no manufacturer design needs to be changed when switching. However, the use of the GA107 chip brings with it a real advantage for consumers. Instead of the original TDP of 130 watts, the new models of the RTX 3050 run with 115 watts with the same performance, unchanged 8 GiB graphics memory and the same coolers, which can now operate even more quietly.

President of Bavaria: "German football must not fall into negativity"

Hideo Kojima Announces Surprises For 2023, He Will Take Us 'Where No One Has Gone Before'

Microsoft absent from the Game Awards: ‘For Xbox it will be an incredible 2023’, promises Greenberg