QuantumScape announced the start of deliveries of A0 prototypes of new 24-layer solid state lithium metal batteries. They are made in a prismatic form factor, whereas earlier the company produced batteries in the form of bags. The new hybrid form promises much greater battery capacity and should eventually equalize the driving range of electric and combustion vehicles. 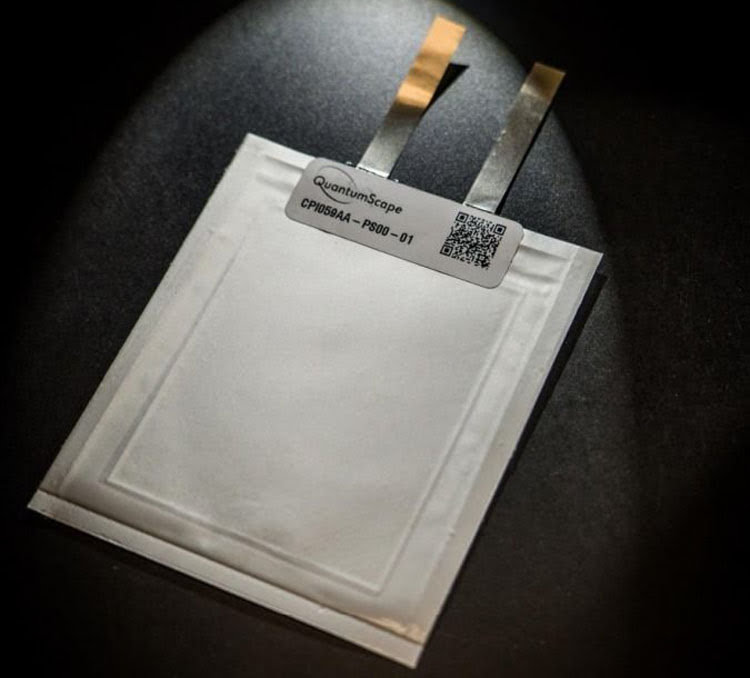 QuantumScape was founded about 12 years ago by people from Stanford University. For ten years (until the company went public at the end of 2020), it was financed from only two sources: from one of the Bill Gates funds and from Volkswagen. Created in the depths of QuantumScape, solid-state lithium metal batteries were and still are breakthrough technology. They have increased capacity, withstand much higher currents, which guarantees fast charging, and are less explosive than classic lithium-ion batteries.

Key features of the QuantumScape batteries are the no-anode prefabricated design and the non-combustible ceramic separator separating the electrodes. Some of this did not allow creating a cylindrical battery that was convenient to use, and the company took a different path. They assembled a prismatic battery from bags, also widely used for the production of traction batteries. It was these 24-layer prototypes that the company began sending out to manufacturers of automotive components for testing.

Details about the new development are planned to be announced in 2023. So far, it is only known that the capacity of the prototypes lies in the range of several Ah. It will be a couple of years before mass production begins, during which prototypes will pass stages B and C.

Christmas: do this before giving your smartphone to children

Who was the greatest scientist in history?

Splatoon 3 – next Splatfest on the horizon