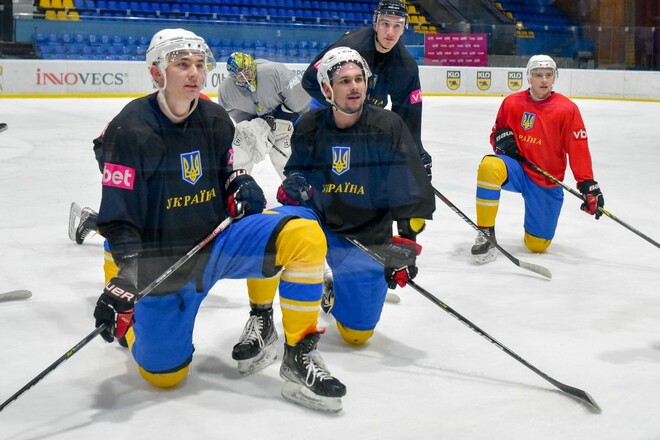 Head coach of the Ukrainian national team Vadym Shakhraichuk summed up the performance at the Three Nations Tournament and spoke about the preparations for the Universiade.

– The result is on the scoreboard, three defeats are three defeats. Although in the final match against the Poles we expected to win. They led 3:0, they could have scored the fourth goal, but Gleb Varava did not convert a one-on-one approach. Instead, they got a goal in their own net on the counterattack at the end of the second period. And in the final 20 minutes, the team seemed to have been changed. At the installation, the guys heard what needs to be done, but they could not implement our instructions on the ice. The team just stopped, stopped moving, made many mistakes, more than in the entire tournament combined. The Poles, on the contrary, increased the pace and created many chances. In some situations, goalkeeper Eduard Zakharchenko saved us. But we conceded three goals. Maybe not the most logical, but as it is. We had an opportunity to level the score, say, when Sasha Peresunko didn’t use one-on-one. Of course, the defeat of the Poles is the most annoying.

– Before leaving, you said that you were afraid that hockey players would resume after a grueling road. Judging by the third periods in the second match with the French and the duel with the Poles, problems with functional conditions…

“We got really hard. It took 20 hours to travel from Ukraine to Poland by bus. In Marseille, before the first match, they managed to hold only one training session. On it I saw that hockey players are at different levels of readiness. For me, this was somewhat of a surprise. The fact is that a group of hockey players did not train at all for six days. It’s about the guys playing in the championship of Poland. The clubs gave them four days off. As a result, there was a contrast with the representatives of the Ukrainian championship. Unfortunately, due to problems with paperwork, we were not able to take all the hockey players who performed well at the training camp in the Kiev Sports Palace. With the departure of athletes abroad is now a whole epic. Letters with arguments to the relevant services must be prepared two weeks in advance. For each player separately.

Therefore, those hockey players who were really functionally ready and eager to play at the Tri-Nation Tournament were forced to leave at home. First of all, we are talking about Dnipro representatives Dmitry Poperezhai, Danil Tishchenko and Nikita Lesnikov. On the other hand, those guys from foreign championships, whom we took based on previous work experience, arrived in a disassembled state and could not help the team.

– In the near future, the national team of Ukraine will be transformed into a student team and will first go on a tour of Canada, and then play at the World Universiade …

– 70% of the players of the national team will go to North America. The rest are candidates for the main team of the country. These are hockey players who have shown themselves in the best way in the youth team. True, we most likely will not be able to attract all those hockey players who are not older than 25 years old and could play at the Universiade. Such is going to the whole first five. These are Artur Cheloch, Igor Merezhko, Daniil Trakht. They will not be able to go because they have not received permission from the clubs. As you know, there is no official international break for the Universiade in the IIHF calendar. Alexander Peresunko remains questionable. Andrey Deniskin from the Polish “Uniya” will still not be able to compete due to disqualification. I hope that the scandalous story that led to the suspension will be a lesson for Andrey. He has long needed to become the leader of the team. Instead, Deniskin lost a whole year in his international career. And the players develop and grow through such matches.

RATE OF THE DAY. The main matches of the day and popular predictions for December 24

Mykhailo SERHIYCHUK: “I don’t aspire to be exclusively in the UPL club”