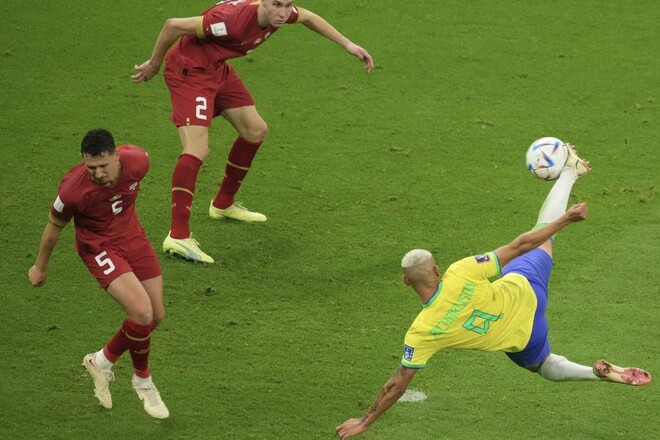 We invite you to familiarize yourself with a selection of the main news and materials on Aroged for Friday, December 23.

1. 200 thousand signed a petition demanding a replay of the World Cup final. Many were dissatisfied with the refereeing of Shimon Marciniak.

2. Source: Tsygankov did not want to sign a new contract with Dynamo. In the next six months, Victor will leave the capital’s club.

3. VIDEO. Incredible hit. The best goal of the 2022 World Cup has been determined. As expected, Richarlison’s shot won.

4. Real Madrid is ready to spend more than 1 billion euros on Mbappe. The Creamy will make another attempt to sign the French striker in the summer of 2023.

5. Future Premier League star? The young Ukrainian football player has signed a contract with Chelsea. Ivan Struk on viewing in the London club overtook even the son of Andriy Shevchenko.

6. Shame on UEFA. Russia is planning to host an international tournament. Volgograd may host a football tournament among youth teams.

7. The list of the most expensive football players has been updated. Mbappe passed Haaland. Jude Bellingham entered the top five.

8. Tour of Canada and the Universiade. Plans of the national team of Ukraine on hockey. The team will have interesting confrontations.

9. Mourinho and the Portuguese national team. Why a revolution is brewing in the coaching market. “Special” is ready to be at the forefront of football processes again.

10. Russia is ready to leave UEFA and go to Asia. The issue has not yet been finally resolved.

Four Ukrainians reached the finals of the World Youth Championship

Dacia Duster and Sandero 100% electric: it’s confirmed, but don’t be in a hurry