Assassin’s Creed: The tops and flops of 15 years of open-world adventures

Ubisoft’s open-world series “Assassin’s Creed” celebrated its 15th anniversary in 2022. In 2007 the first part and with it Desmond Miles and his assassin ancestor Altair saw the light of day. And the rest is history!

As recently as September, Ubisoft reported that “Assassin’s Creed” adventures had sold over 200 million copies during that period. Assassin’s Creed is one of the biggest gaming brands in the world. And that’s exactly why we look back at its history and its tops and flops.

Ubisoft undoubtedly influenced an entire genre with the Assassin’s Creed series. It is not without good reason that the term “Ubisoft formula” was coined, which represented a specific presentation and design of an open game world.

What made the worlds of “Assassin’s Creed” different? First of all, complete freedom. It doesn’t matter in which part: There are no (or at least hardly any) artificial borders. The Kuttenkiller’s climbing skills were already very pronounced in the first part, but not yet perfect. No wonder, after all, the development team still had to explore the possibilities and, above all, adapt the architecture of the cities. Freedom was the motto, but implementing it was an enormous challenge.

Other elements such as unlocking the map by climbing towers and then jumping an eagle into a haystack were also trademarks throughout the series. “Assassin’s Creed” is a piece of open-world history and helped shape the genre. 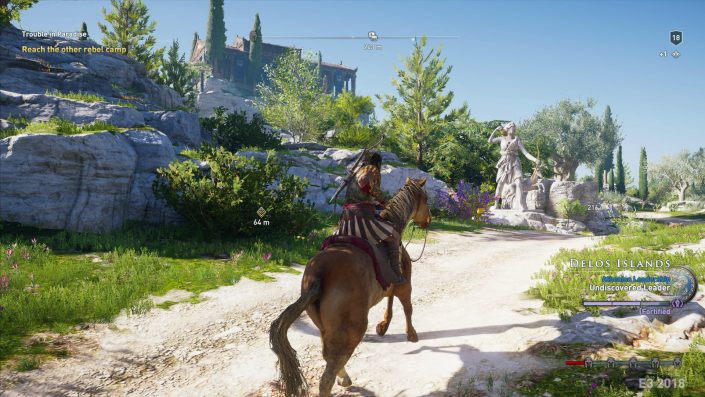 But as exciting as the setting and the playful possibilities were again and again, Ubisoft overdid it with “Assassin’s Creed”. A total of eight titles were released under the Assassin flag between 2009 and 2015.

Similar to EA Sports’ “FIFA” series, the blades of the silent assassins also wore out extremely quickly. Game concepts were repeated due to the yearly appearance. New elements such as building your own assassins’ guild in “Brotherhood” only stood out briefly before the next part was in the starting blocks. At the latest with “Revelations” signs of wear and tear spread.

“Assassin’s Creed” lost the special through the mass of new titles. Every game somehow felt the same. Assassin’s Creed 4: Black Flag is an interesting exception: The pirate setting and the opportunity to explore the Caribbean aboard the Jackdaw brought a breath of fresh air to the outdated Assassin’s Creed franchise. But with “Unity” at the latest, the real problems of the series became all too clear. 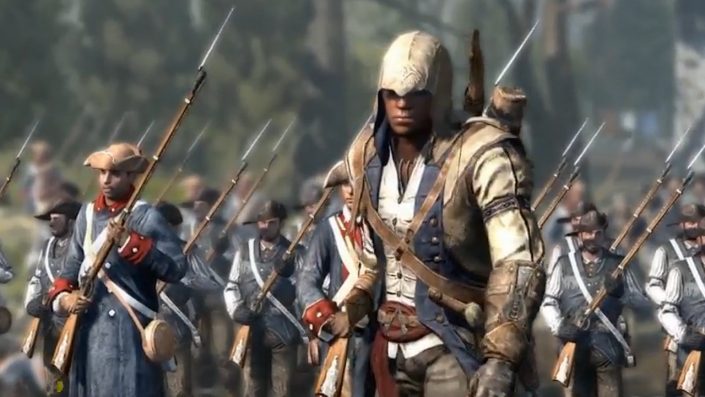 TOP: The coolness of the assassins

It doesn’t matter whether you’re an Italian quiet footsteps, a Spartan warrior or maybe more of a Viking: The premise of the silent and cunning killer who roams the country and (hopefully) silently eliminates his targets is more than gripping.

Part of the fascination here is definitely the equipment and the concept behind the assassins. Assassin’s Creed was originally planned as a sequel to Prince of Persia: The Sands of Time. But over time, series creator Patrice Désilets and his team realized that while the prince’s mobility could be adopted for the next project, the focus should be more on the bloody craft of the assassins.

In Puncto Story, the conflict between Templars and Assassins was linked with the help of a current frame story, in which one traveled into the world of thoughts of the past with the help of the animus. That was cool, new and interesting. “Properties” such as the hidden blade as a murder tool or the mysterious assassin’s cloak certainly contributed to the fascination of the game. 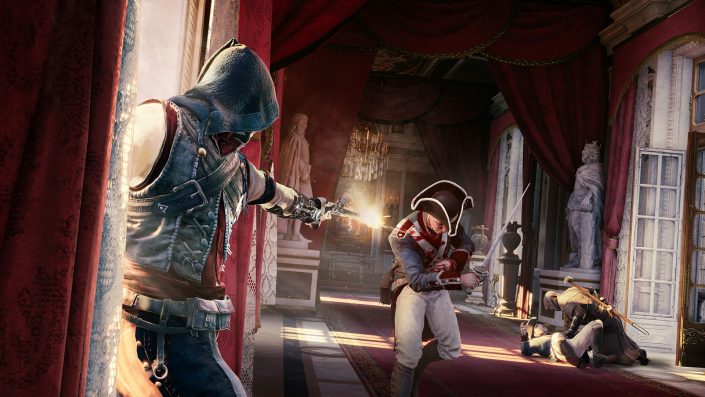 Let’s face it, no part of Assassin’s Creed was flawless from the start. But you have to attest it so clearly: “Assassin’s Creed Unity” (2014) was the low point of the series. And it wasn’t even a bad game. The problem was simply the fact that the game was released unfinished and had numerous bugs on many platforms. We all certainly remember the images of a faceless Arno Victor Dorian or how the protagonist unceremoniously “fell through the world”.

Similar to “Cyberpunk 2077”, for example, the errors quickly went viral and created an “Assassin’s Creed is broken” shitstorm. Ubisoft even had to temporarily take the PC version offline to prevent further damage. As compensation, the “Dead Kings” expansion was later offered. Nevertheless: The image of “Assassin’s Creed” suffered massively from the catastrophic launch. 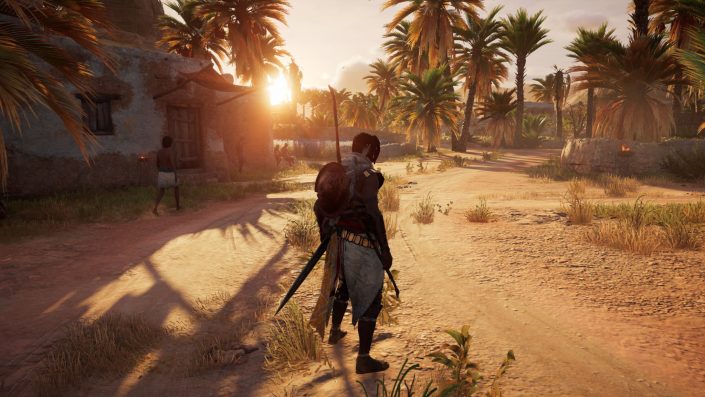 Following the Unity fiasco and the release of the already-in-development Syndicate, Assassin’s Creed went on hiatus before returning with full force in 2017 in the form of Assassin’s Creed: Origins.

Ubisoft dared to take the long-awaited quantum leap. The action stealth game became a full-fledged action role-playing game in an even more powerful game world. With Bayek von Siwa you were traveling in Ptolemaic Egypt and incidentally became the first Assassin of the Brotherhood. But even better: “Odyssey” significantly improved the combat system and significantly increased the options for loot, crafting and inventory management.

With “Odyssey”, the gameplay behind “Assassin’s Creed” became deeper, but the realignment also brought with it minor problems. 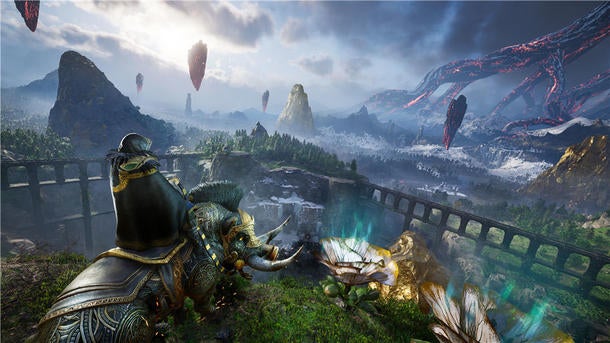 In every positive development there is also something negative. “Assassin’s Creed” grew as a result of the reorientation and the games became almost confusingly large – real life tasks. “Origins” flooded you with randomly generated side tasks, the “Odyssey” released in 2019 suffered from unconvincing mass battles in which you were allowed to compete on the side of either Athens or Sparta. It didn’t make a big difference though. The youngest offshoot of the series “Valhalla” (2020) also had its problems and offered too few new things, especially in the endgame.

The current parts are often criticized as “too much of a good thing” and perhaps that’s why Ubisoft is adapting future “Assassin’s Creed” offshoots more and will vary the scope of its adventures in the future. Incidentally, this did not detract from the success of “Assassin’s Creed: Valhalla”. Already at the beginning of 2022, Ubisoft cracked a billion US dollars in sales. 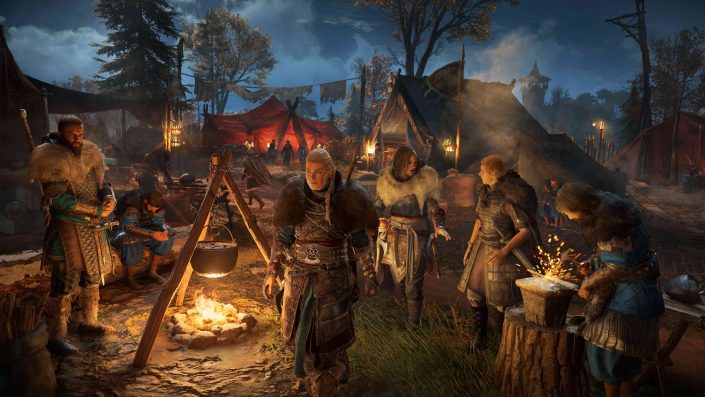 TOP: On the way to the mainstream

How big “Assassin’s Creed” is now is also reflected in the places where the brand can now be found. For example, do you remember Assassin’s Creed: Discovery, which was designed as a virtual history lesson? Or the unfortunately far too bad feature film starring Michael Fassbender?

In the future, Ubisoft will work more closely with Netflix. As part of this cooperation, not only an “Assassin’s Creed” mobile game is being created, but above all a live-action series. If this ignites, it could take “Assassin’s Creed” to the next level – similar to “The Witcher” recently. This could make the brand even more mainstream than it already is.

One thing is certain: “Assassin’s Creed” will accompany us all in the years to come. With titles like “Mirage” (2023), “Codename Hexe” or even “Infinity” there should be more than enough topics for conversation and ammunition for the series.

The unlikely origins of the best role-playing game in history

Samsung Galaxy: check this in your settings now!