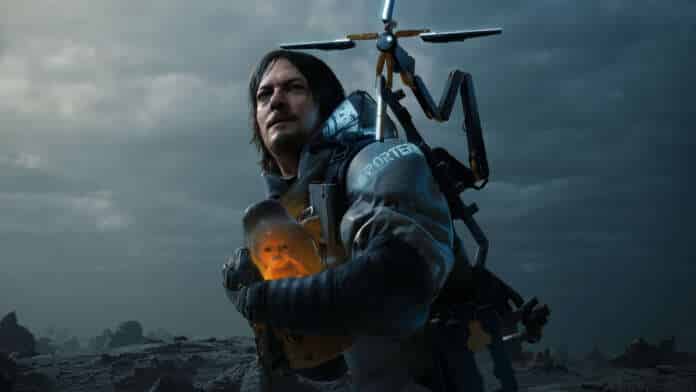 Death Stranding is Hideo Kojima’s latest title. The game was presented during E3 2016 and released 3 years later on PlayStation 4. In the summer of 2020, the game landed on PC and established itself as a standard in terms of optimization. Thanks to NVIDIA DLSS 2.0 you could play it in 4K at 60fps even on an NVIDIA RTX 2060. A console half as powerful as Xbox Series X!

An expansion and a new version called Death Stranding Director’s Cut then arrived on PlayStation 5 and PC, given today for free on the Epic Games Store. A name that Hideo Kojima didn’t particularly like. This update introduced new mechanics and the DualSense haptic feedback.

Hideo Kojima’s game has always been very divisive due to its nature. It is after all a game where we will have to make deliveries. However, the fascinating aspect of Death Stranding lies in the journey itself and in the preparation necessary to undertake it. It was all made even more intriguing by the asynchronous multiplayer which managed to create a great sense of collaboration between the players. Hideo Kojima himself cared a lot about this aspect.

You can redeem Death Stranding by going to this address. However, you will have to be quick, because you will have until 16:59 on December 26 to redeem it. Once done, it will stay in your library forever. What do you say, will you try it? Let us know in the comments as always.

In the meantime, we remind you that Hideo Kojima is working on Death Stranding 2 (provisional name), and that the latter will use the MetaHuman faces of Epic Games. The videogame author is also involved in the film, which will aim to be very different from the game.

Top 3: What are the best Final Fantasy games?

Jim is back. The composition of Ukraine for the stage in Pokljuka became known

The Serbian store already has the opportunity to purchase a GeForce RTX 4070 Ti graphics card for only $1,400