Gran Turismo, the film: filming already completed. The cast shares some photos from the set 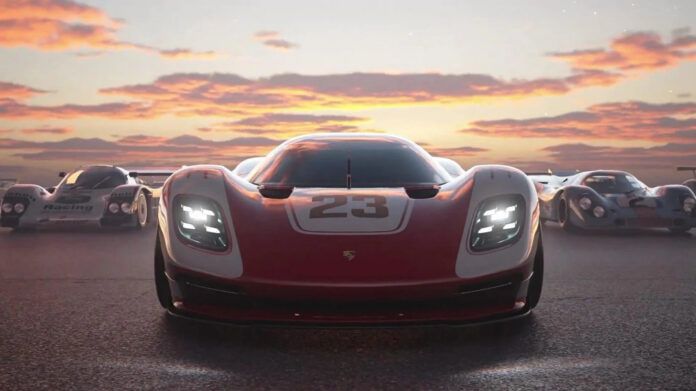 The filming of the Gran Turismo movie has officially finished. This was announced by the two main stuntmen of the feature film dedicated to the famous PlayStation racing game, namely Ollie Millroy and Mauro Calo.

After more than seven weeks of work, which began during the first half of November, the two stuntmen decided to reveal the important milestone by posting some images taken from the set on Twitter. Directed by former District 9 and Elysium director Neill Blomkamp and written by Jason Hall and Zach Baylan, the Gran Turismo film is hitting theaters worldwide starting August 11, 2023 with Kazunori Yamauchi serving as executive director .

Below, the official synopsis: “Based on a true story, the film tells of the fulfillment of the dream of a teenage Gran Turismo player, who thanks to his gaming skills wins a series of Nissan competitions to become a professional driver.“

In the cast of the film we find the pilot protagonist Archie Madekwe together with the agent Orlando Bloom and the master of the protagonist played by David Harbour, best known as Sheriff Hopper from Stranger Things. In addition to them there will also be Josha Stradowski, Thomas Kretschman, Djimon Hounsou and Geri Halliwell-Horner. The film already has a release date, set for August 11, 2023.

The video game series, on the other hand, has achieved two important milestones. Candles blown out to celebrate the quarter century (the first iteration was released in Japan on December 23, 1997), Polyphony Digital informs us that 90 million copies of the franchise’s games have been sold.

NieR: Automata Ver1.1a: release date of the anime revealed along with a new trailer

Gmail: How to Create and Use an Email Alias

Streaming stick with malware: Beware of this Android TV box

Sales: the Apple Watch Series 7 exceptionally drops to less than €500!

Diablo 4: many new images with dungeons, fights and characters