In 2024, the release of Death Stranding 2 and a new shooter from Sony may take place

Users have discovered on the page of Frank Aliberti, one of the artists of PlayStation Studios, on the ArtStation portal, interesting information regarding the mysterious first-person shooter from Sony and the recently announced Death Stranding 2. 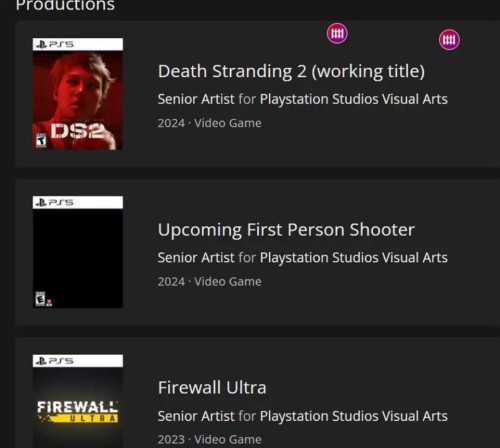 It is noted that both projects will have to be released in 2024. The mystery thriller is most likely being developed by Firewalk Studios, which last year signed a deal with SIE to release a AAA-class online project. This studio employs ex-creators of Halo, Call of Duty and Destiny, so they have a lot of experience in working on such games. By the way, it is possible that Sony allowed them to work on the Killzone franchise.

If we talk about Death Stranding 2, then its release date has not yet been announced, but given that they have been working on it for at least 1.5-2 years, then its release in 2024 looks quite realistic. In addition, the team already has all the necessary technologies and tools.

Android 14: find out the release date and the first devices to receive the update here

In cafés & restaurants: That's why water is only available in bottles

VIDEO. Messi remains at PSG, the most expensive players, we bet on Tottenham