WBC World Heavyweight Champion Tyson Fury (33-0-1, 24 KOs) on the occasion of the upcoming Christmas gathered at the New Year tree his colleagues in the division, with whom he crossed in the ring – Wladimir Klitschko, Deontay Wilder and Dillian Whyte, as well as those with whom the fights were planned, but not embodied in reality – David Haye and Anthony Joshua.

True, it happened only in the picture.

Interestingly, there was no place here for Derek Chisora, whom Fury defeated three times, including three weeks ago. 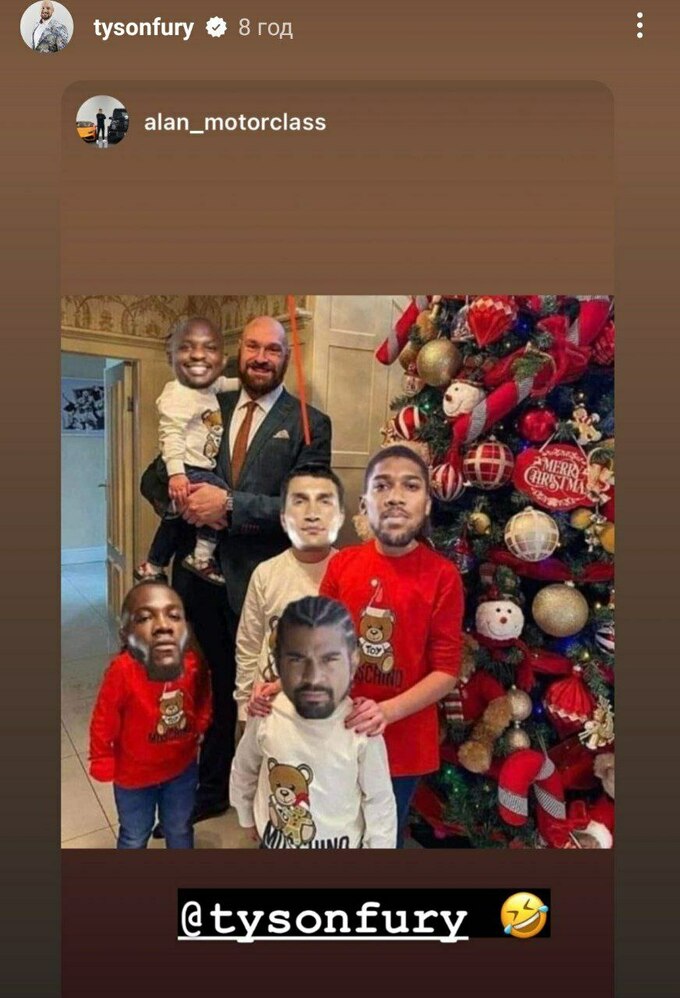 Android Auto in the car: how it works – Aroged

COD Modern Warfare 2: how to uninstall the campaign and the co-op to free up space