Rebrov about Al Ain’s draw in the UAE: “It’s better not to talk about refereeing mistakes” 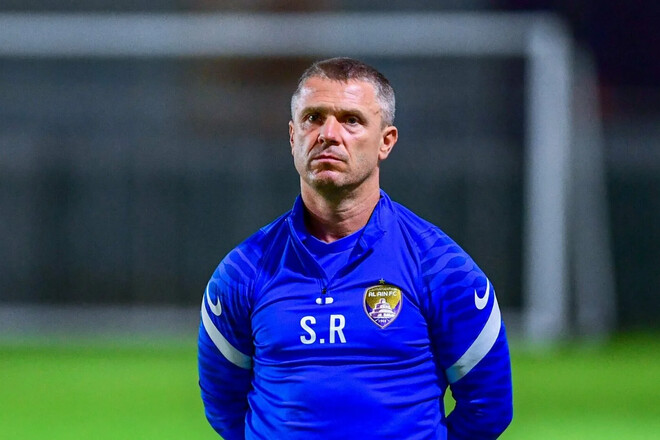 Ukrainian coach “Al-Ain” Sergey Rebrov briefly commented on the draw of his wards in the match of the 12th round of the UAE Football Championship with Al Wasl:

“It’s better not to talk about refereeing mistakes.

Thanks to the players for their efforts, and to all the fans for their support.”

Note that the match between Al-Ain and Al-Wasl ended with a score of 1:1. Ukrainian winger Andriy Yarmolenko appeared on the field in the 72nd minute of the game, but did not affect the outcome of the meeting.

I’d rather not talk about the referee mistakes!

Abu Dhabi. Yastremska and Zavatskaya recognized their rivals by qualification

Supryaga can be rented by the club of the First League

iPhone 14 Pro Max with curved screen exists, but it’s not from Apple

A PHOTO. How Mexico slammed the door at the World Cup in Qatar

Demon Slayer: this time it’s over, the last fighter is finally ready to enter the arena