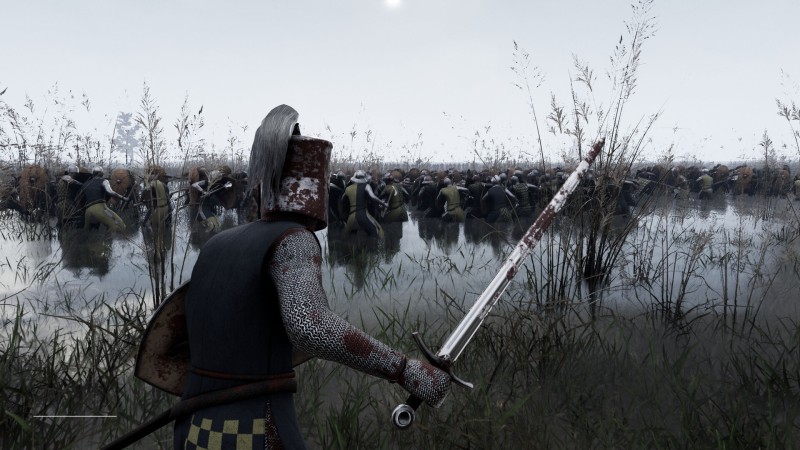 It took several years for Mount & Blade II: Bannerlord to finally get out of Early Access. Voor De Kroon, which was recently released on Steam, may need a little more time.

In fairness, it should be added that the game developer does not have such ambitions as TaleWorlds. Yes, a developer, because Voor De Kroon is the work of one man. Therefore, “only” up to 600 units will participate in battles at the same time (theoretically, this limit can be increased to 1200, but without a very powerful PC it is better not to try).

The project takes players to the era of the Frisian-Dutch wars of the XIII century. The gameplay formula is very reminiscent of what fans of the Mount & Blade series have known for years. The player manages their settlements and commands large armies in battle, but also fights in person, on foot or on horseback.

The game also allows you to take direct control of the selected unit. In this case, the game switches from third person to first person. The game is powered by Unreal Engine technology and offers dark and dirty visual effects.

So far, Voor De Kroon has not received much publicity. The few Steam users who have tried the game seem to be satisfied, although they have some concerns. The developer deliberately presented the game world in gray tones, but admitted that he may have overdone it a little and that Voor De Kroon will get some color in the future.

There were also the first updates with minor fixes and innovations (including an extreme mode with permadeath mechanics). However, the game definitely needs some more polish as it’s all too obvious right now that this is a Steam Early Access game. Also due to system requirements: the game could use some improvements in optimization.

The developer has no plans to add a multiplayer mode yet. Voor De Kroon is due out of early access in about a year.

Tesla shares fell another 9%, but Elon Musk promised to stop selling them until 2024

Erling HAULAND: Manchester City are back stronger than ever

Burning Money: Meta* Loses Billions of Dollars Due to Metaverse and VR