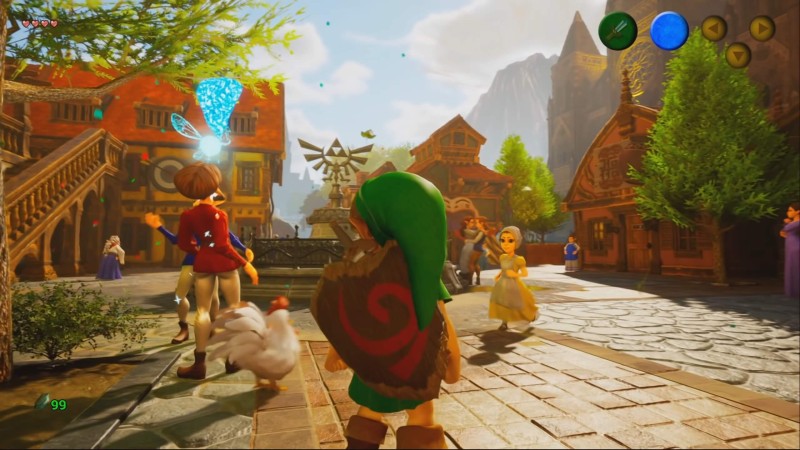 CryZENx has released a special fan remake version of The Legend of Zelda: Ocarina of Time on Unreal Engine 5.1. This is the first public release of the UE5.1 version of this fan-made remake.

The Legend of Zelda: Ocarina of Time in Unreal Engine 5.1 uses Lumen and Nanite. So, even at this early stage, this build looks noticeably better than its UE4 version.

Since this is a special Christmas version, you can expect some Christmas stuff (which is obviously not in the original Nintendo 64 game). For example, Link wears a Christmas hat and Christmas decorations.

Download this project from here. Below you can also find a video showcasing this special Christmas build.

Marko ARNAUTOVICH: Manchester United didn't have enough money for me

Lego: This 20,000 brick PC is a Halloween house and can play Crysis

Netflix: Alice in Borderland unveils an even stronger trailer than Squid Game for its season 2!