Jovićević is also sure: Mudrik is worth 100 million euros 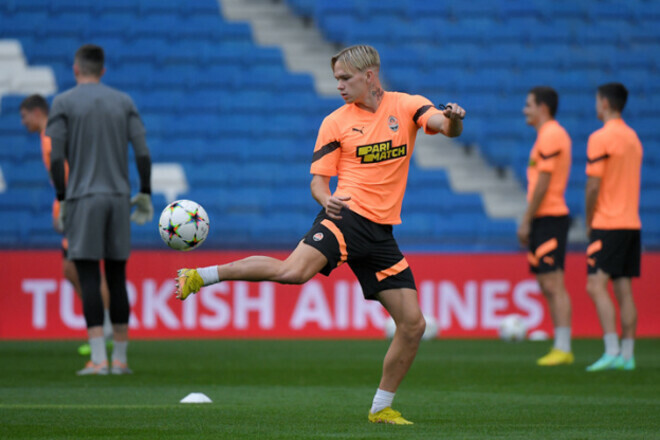 Shakhtar’s head coach Igor Jovicevich is pleased that Mykhailo Mudryk is playing for his team. At the same time, the coach notes the desire of the midfielder to constantly learn and become better.

The specialist, as well as the club’s management, indicated that the player’s value is 100 million euros.

– You know, God’s gift is to have a football player in the team who can decide the fate of the game with one action. So this is a gift from God for us. With his behavior, work ethic, he helps us to solve tactical problems through his technique. We help create conditions so that he can receive the ball in a certain space and be even more dangerous in attack. This is one of those factors that we conceived against Dnepr-1. We wanted to have possession of the ball, to play in the opponent’s half of the field – this means that Mudrik should be closer to the opponent’s goal. Why would he run back behind the opponent’s lateral? This is the factor when, as a coach, I wanted to free the team’s best attacking player from defensive actions, who had already scored seven goals by that time. But sometimes not everything works out, although he scored one goal from the area where he often scores in this championship.

We want to convince such a player that the opponent has certain unprotected areas. Even if I say that Mudrik will be there, then there will be a square where they will not be able to defend themselves, provided that he gets into this square in time. From the moment the ball is received, Mudrik already appears facing the opponent’s goal, which is why he is worth 100 million. As a coach, I no longer control it. I can control that he receives the ball in his zone. In this component, I was also very surprised by Sanya Zubkov and Shved. We lacked them when the guys were injured in order to get a balance between the right and left flanks in the attack. For my game, wingers are very important. So having a player who thinks how to become the best in the world is only good for the team.

When you talk to him, you see in his eyes only the ball and the goal of how to become better. He wants to be the best all the time – in the canteen, in the gym, in training. When everyone finished the lesson and left, and he continues to hit the goal from point to point, improving his technique and shot. And we want to help him.

"Who am I? What kind of place is it?" - SRPG Archeland story trailer released

Relaxation, horror and nostalgia… Here is the selection of Steam games before 2023!

Castling in German. Tuchel could replace Klopp at Liverpool

Apex Legends: Next Legend Catalyst featured in the Stories from the Outlands video