Samsung intends to increase production of chips at its largest plant, despite a likely slowdown in the economy

South Korean tech giant Samsung Electronics plans to ramp up chip production at its largest semiconductor plant next year. The company is preparing to scale production, despite the forecasts of numerous experts predicting a slowdown in the economy in the near future. 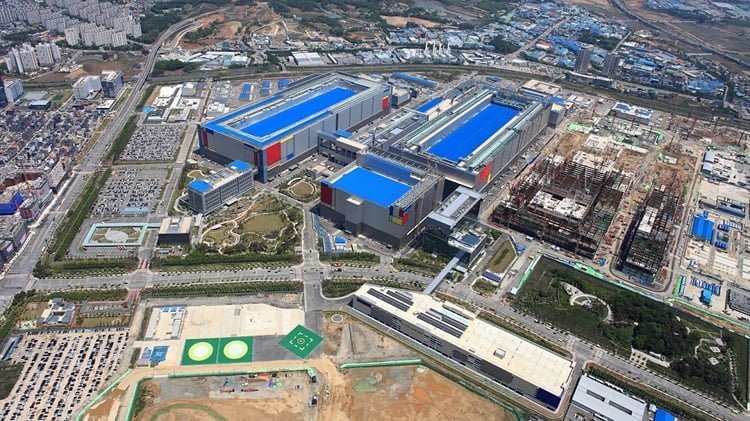 This behavior contrasts with the strategy of competitors, reducing investment in the production of chips amid falling demand for them and an excess of products in warehouses. Experts do not rule out that such persistence of Samsung will allow the company to increase its share in the memory chip market and will help strengthen the stock price of its shares when demand recovers.

The P3 plant, which launched advanced NAND memory production this year, is Samsung’s largest semiconductor facility to date. The company plans to add 10 EUV lithographic machines next year. However, Samsung itself has not yet commented on the information.

In October, the company said it did not intend to deliberately reduce chip production, which contrasts with the behavior of other players in this segment, who are ready to reduce production with an eye to demand forecasts in the medium and long term. Samsung has said it intends to stick to its previous infrastructure investment plans.

Meanwhile, Micron Technology rivals said last week they would reduce their fiscal 2023 investment to $7-7.5 billion and cut staff by 10%. In fiscal 2022, investments amounted to $12 billion. Moreover, the company intends to significantly reduce capital expenditures in fiscal 2024 as well.

TSMC announced in October that it was cutting its 2022 investment budget by at least 10%, while the company is still very cautious about future demand.