The Italian-American start-up Aehra gives new information on its first electric car. An SUV that we had already seen and which now reveals its driving position which is not simple. But isn’t that a bit too much? 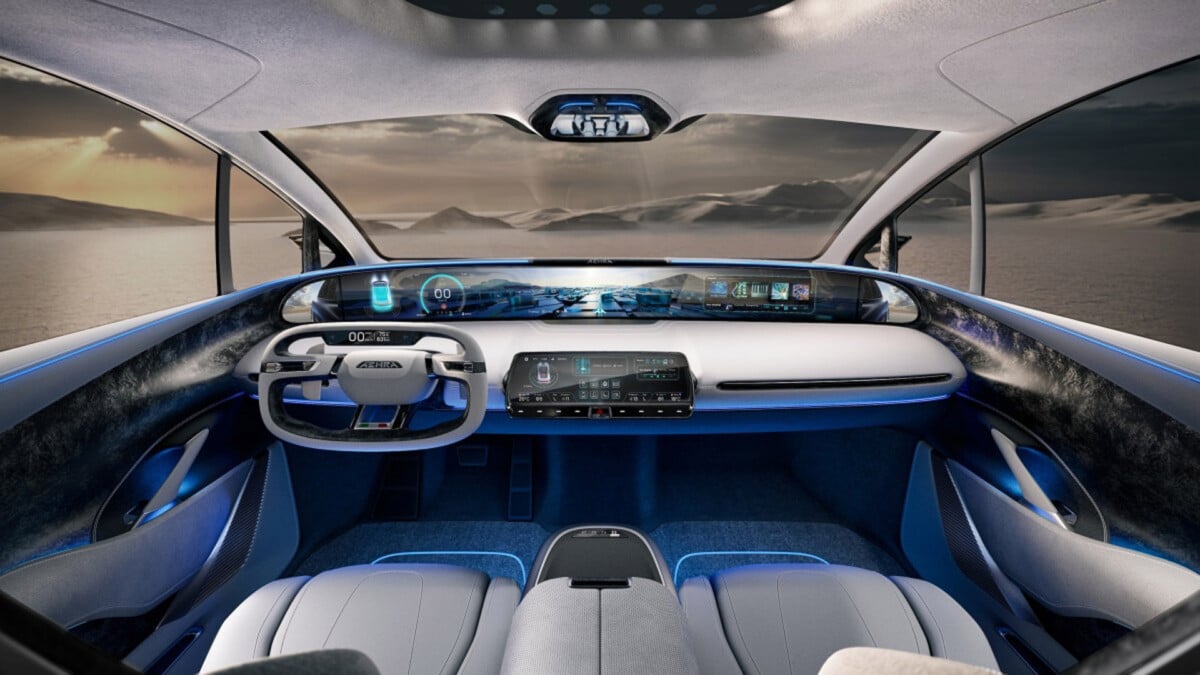 For some time now, many new brands have been appearing on the market. These include Zeekr, Geometry or even Liux, which came from Spain with an astonishing electric SUV called Animal. But today, it is another manufacturer who is in turn talking about him. This is Aehra, an Italian-American start-up based in Milan, Italy. In November 2022, the young company founded a little earlier in the year unveiled its first vehicle.

A veritable debauchery of screens

It is then a question ofa large 5.10 meter long crossover in a very dynamic style with its particularly aggressive lines. If the manufacturer led by Hazim Nada has not yet unveiled the name of this new model, it has already shown its exterior design. This one was designed by Filippo Perini, who mainly officiated in Lamborghini’s Centro Stile. 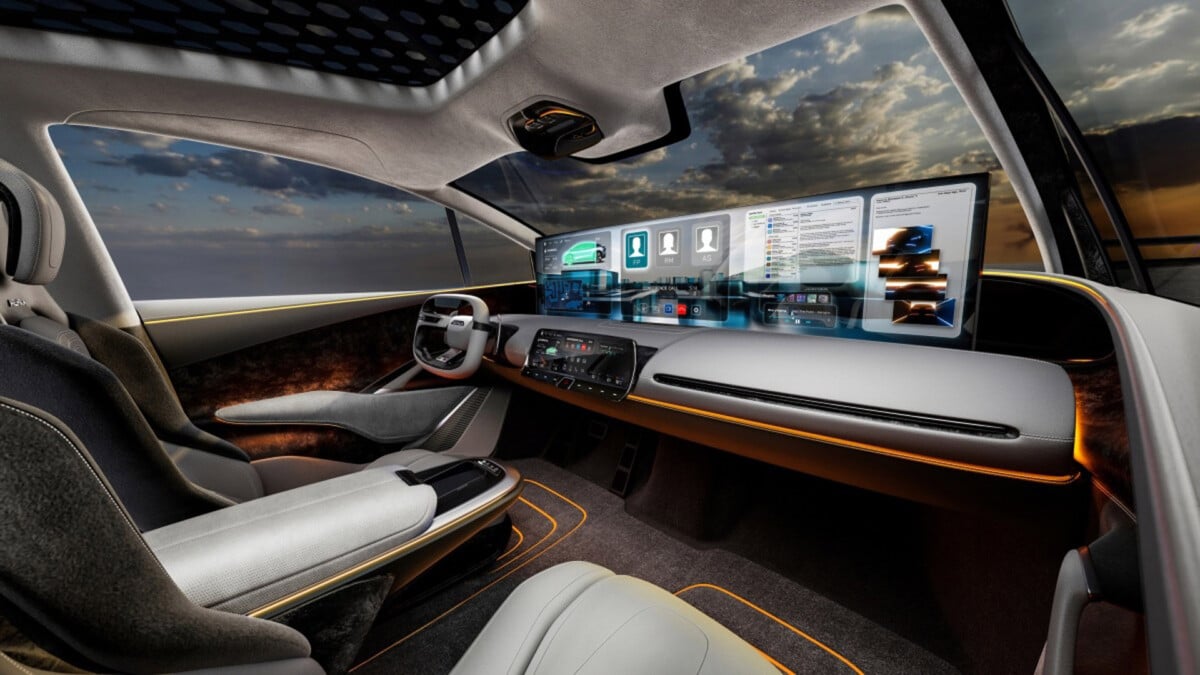 After giving us mouth water with its exterior design, Aehra’s first model now shows us its driving position. The least we can say is that this one should not leave anyone indifferent. Accessible via scissor doorsthe cabin of the SUV seems refined, yet it is above all technological.

For good reason, if only one screen is present, it occupies the entire width of the dashboard. If the American-European brand is not the first to offer a display of this type, with in particular the Mercedes EQS and its 1.40 meter wide Hyperscreen, it is still even stronger. Because the driving position can then be transformed into a real cinemaas shown in the brand’s press release.

How ? Thanks to the large screen, the exact size of which has not been communicated, which then deploys in height and which thus obstructs almost the entire windshield. Of course, this feature can only be used when stationary, since once the car is in motion, the slab retracts to adopt a more acceptable size. We will also notice two small screens displaying images from the camera mirrors, as well as a 3ᵉ positioned a little lower and used for air conditioning settings.

taking advantage ofa wheelbase of three meters long, the electric SUV can accommodate four NBA basketball players as specified by the brand. It is also possible to choose a version with five seats, upholstered in leather and carbon fiber. Note that the latter have been designed to offer excellent support in sporty driving, while they are also reclining to allow occupants to rest during long journeys.

No doubt passengers will need it, as the start-up announces a range of over 800 kilometers, ridiculing the Tesla Model X. On the other hand, it gives no indication of recharging, while Automobile Propre evokes an 800-volt system allowing the battery to be filled quickly. The power should oscillate between 550 and 600 kW, i.e. the equivalent of 747 to 815 horsepower. But again, nothing has been confirmed. 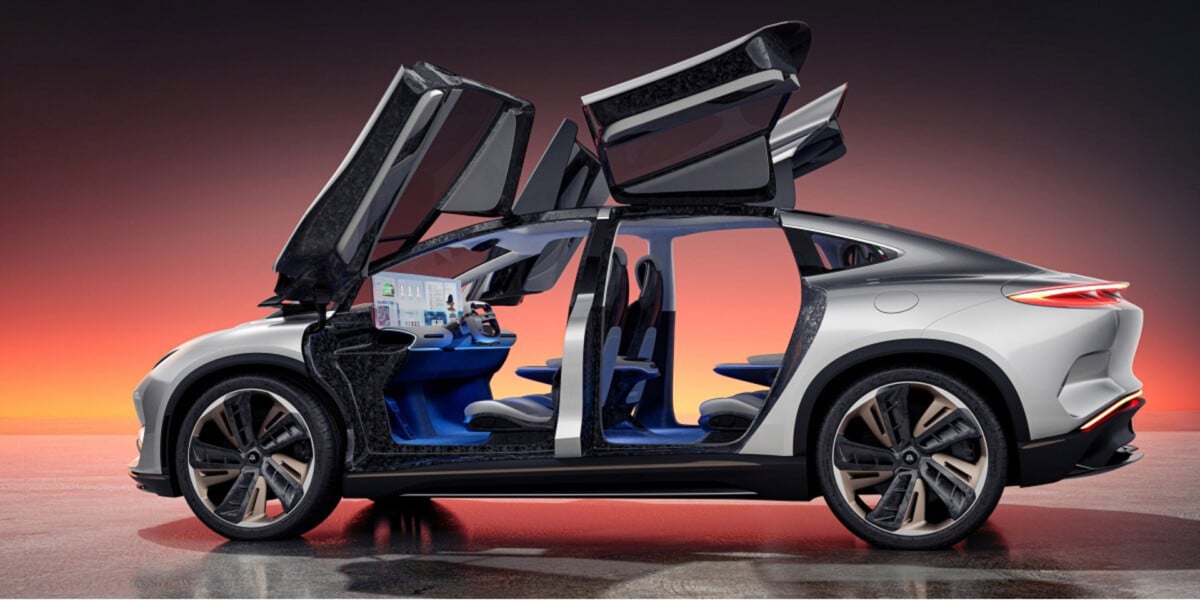 No price has been announced for the SUV, whose marketing should begin in the course of 2025. In April 2023, the brand also plans to lift the veil on an electric sedan, launched simultaneously.

Discount PC games and Winter Sales on Steam: the best offers for less than 10 euros!

World of Warcraft players will be allowed to move the menu, bags and experience bar

Dumbbell set at Aldi: not only interesting for pumpers