Netflix, one of the locomotives of the digital broadcasting industry, has become one of the most popular broadcasting tools in the world from a DVD rental service in the past. Netflix, which is widely used in Turkey, also revealed the success of Turkish series. So why are Turkish series popular on Netflix? We spoke with Pelin Mavili, Director of Public Policy for Netflix Turkey, Middle East and North Africa. 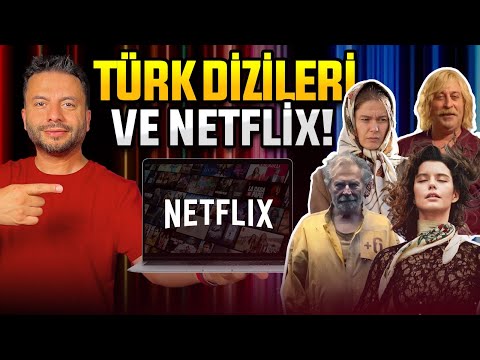 Netflix, which has produced more than 30 domestic productions to date, has conducted a comprehensive public survey to measure the impact of these productions in different parts of the world.

13 thousand people from the USA, Germany, United Arab Emirates, Brazil, Spain, Saudi Arabia and Chile participated in the Netflix Cultural Affinity Survey, which was held for the second time this year. The results of the research were remarkable.

People who watch Turkish TV series and movies on Netflix are 2.6 times more likely to visit Turkey as tourists than those who don’t. The three countries with the highest increase in tourist interest worldwide are Brazil, the USA and the United Arab Emirates, respectively.

The productions that bear the signature of Netflix Turkey so far have managed to become one of the most watched in dozens of countries. in 45 countries by 2022.Top 10 Series‘ listed Olive-tree and repeating the same success in 35 countries Yakamoz S-245 just a few of them. In the movies, it was released again this year. You Look Alive in 76 countries, Love Tactics in 70 countriesTop 10 Movie‘ was on the lists.