Beware of sudden stops when skiing, your iPhone 14 could call for help

After concerns observed in roller coasters, the accident detection function offered by the iPhone 14 also poses a problem for skiers… to the point of wondering if Apple has sufficiently calibrated this function before launching it.

The detection of road accidents is still a tad too sensitive on the iPhone 14 // Source: Editing by 9to5Mac

The worries continue for the emergency call function of the iPhone 14 when detecting “crashes”, note the quotation marks. Announced in September on the latest Apple smartphones, this novelty dynamically displays a notification leading to an automatic call for help if the user does not react. A good idea on paper, since it can help save lives in the event of a car accident, violent shock or fall, but which is especially talked about for its many failures in recent weeks.

After being triggered by mistake on several occasions in amusement parks, and in particular in roller coasters, the incongruous activations continue… this time with winter sports.

In Colorado, rescuers are overwhelmed by false emergency calls

A mountainous state par excellence, Colorado is at the forefront of erroneous emergency calls from the iPhone 14s of simple skiers. According to the rescue center of Summit County, near Denver, a somewhat abrupt stop would indeed be enough to trigger the alert, at least in some cases. According to the director of the center interviewed by the Colorado Sun, quoted by GSMArena, these emergency calls (several dozen a day in certain regions) require “a considerable amount of resources, from coordinators, to agents, to ski patrollers” , and this while in the majority of cases, no real accident is to be deplored.

In detail, when it detects a “crash”, the iPhone 14 automatically calls for help if the user does not cancel the operation in time. In the case of skiers, the device is often buried deep in pockets, under several layers of clothing. The initial alert therefore regularly goes unnoticed. Once the emergency services have been contacted, the call center tries to call the victim back and sends a team to find him if he does not answer. Everything therefore depends on the user… who is not necessarily aware of the procedure that is going on in the background. 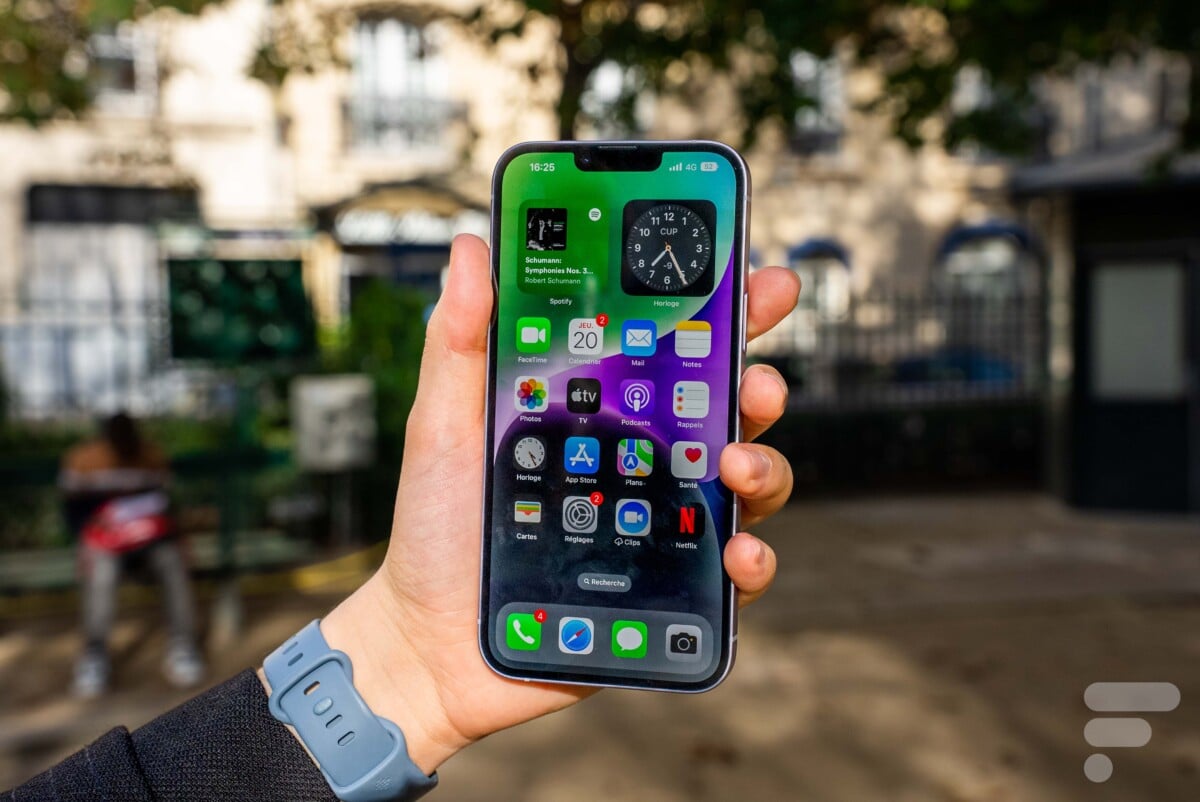 The iPhone 14 Plus, for illustration // Source: Aroged – Chloé Pertuis

On the side of the rescue teams, this situation is extremely problematic: difficult, in doubt, to ignore calls from iPhone 14. Even if the latter frequently mobilize rescuers for nothing.

Questioned by the Colorado Sun, the sheriff of Grand County, near Denver too, nevertheless declared that Apple had responded favorably to requests from local emergency services. The firm has indicated in particular that it is aware of the problem and ensures that it is working on a fix which will make it possible in the future to avoid untimely triggering from skiers.

Comeback of the E3 with the first setback: Microsoft, Sony and Nintendo not there

The authors of Warface congratulated the players on the upcoming holidays

'I can't take it seriously', Netflix Wednesday monster is ridiculous according to fans

The Witcher is viral again: fans are wondering if Cavill can return now that he is no longer Superman