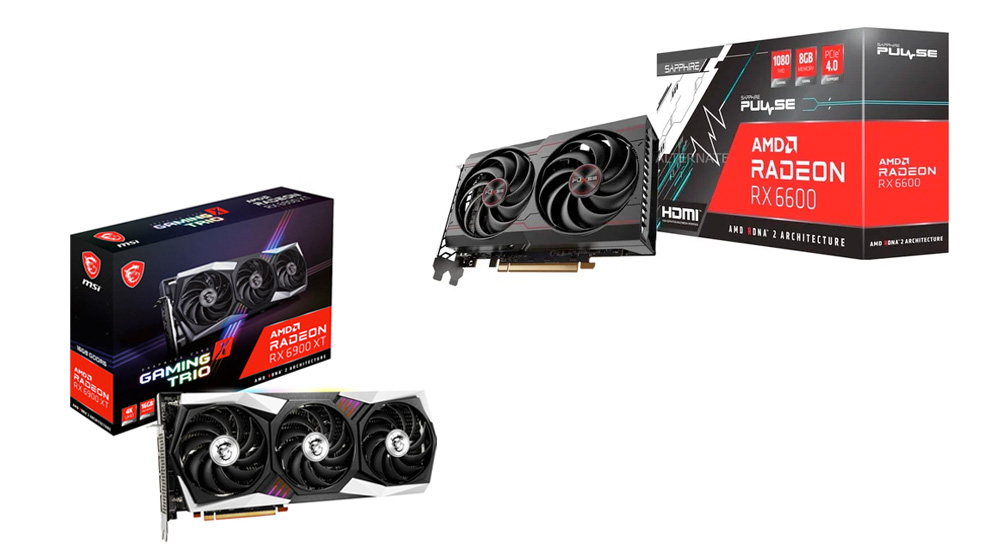 We have linked over 50 different graphics card models for you from 182 euros to 1399 euros, which (as of December 27, 2022, 2 p.m.) are available at comparatively low prices from at least one of our partner shops from stock or available at short notice. We divide the graphics cards into three performance classes, whereby the boundaries between the classes are of course fluid. The price-performance ratio is also important to us, which is why some graphics card series are missing. The Nvidia GeForce RTX 4090 is not represented in our links because it is far too expensive despite its enormous performance.

Even with the GeForce RTX 4080 (see our special), the price-performance ratio is not good. Although it is almost 30 percent faster than the AMD Radeon RX 6950 XT, it costs over 1350 euros, a price premium of over 50 percent. For the new Nvidia GeForce RTX 4080 we have nevertheless selected 5 offers under 1380 euros:

The new AMD Radeon RX 7900 XT and Radeon RX 7900 XTX only have some offers for the XT version. In terms of price-performance ratio, the RX 7900 XT is definitely a tip for demanding gamers – it is about 15 percent slower than the RTX 4080, but also 300 euros cheaper. Two models in the AMD reference design are available from our partner Notebooks for less than 1050 euros:

Buy graphics cards: Current offers for Nvidia GeForce and AMD Radeon models, 12/27/2022
We will now start with the links that we have selected. They are ranked by performance of the graphics card series and within the series by price.

We start with the entry-level AMD Radeon RX 6500 XT graphics card, which we can only recommend as a stopgap solution for a very small budget.

Lost Ark: Some Artist class skins will be censored in the West

Tactics Ogre: Reborn, the final trailer shows the story and gameplay of the Square Enix game