Recently, statements by producer Kazunori Yamauchi could be interpreted to the effect that there are hopes for a reasonably timely PC version of Gran Turismo 7. But now that same producer is clearly backtracking in a new interview. 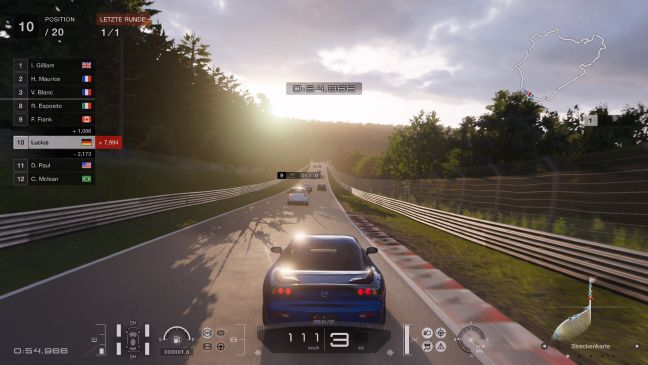 A few weeks ago, Kazunori Yamauchi, the producer of Gran Turismo 7, also commented on the possibility of a PC version of the PlayStation exclusive racing game. His statements were interpreted to mean that the chances of that happening might not be that bad. At the same time, that would also suit Sony’s PC efforts; After all, the company has brought several previously PlayStation-exclusive top titles to the PC in recent months.

In addition, the big NVIDIA GeForce NOW leak from the past would have fitted the topic well, because numerous PC implementations of PlayStation titles were mentioned there, most of which have also been confirmed. After all, Returnal, Sackboy: A Big Adventure or God of War from 2018 were actually announced for the PC recently. But even if Gran Turismo 7 was also mentioned in this leak for the local calculator, such a version is apparently not on the plan.

A PC version of Gran Turismo 7 was misreported by overseas media according to GT creator, Kazunori Yamauchi! 👇 #GT7https://t.co/zAtoTPd52V pic.twitter.com/7q5NSvuV7F

Yamauchi is now claiming that he was mistranslated or misinterpreted in one of his interviews in western media. Accordingly, he only stated that “the possibility is not zero” that there could be a PC version of the racer. This theoretical possibility would then be a story of the future, because there is currently no work on such a version.

“If you ask me, ‘Are you already working on something concrete?’ No, I’m not doing anything about it. There’s nothing more to discuss about it,” he concludes his new statement on the subject.

TC Teach: how to put a link in your Instagram bio