Obsidian Entertainment and Microsoft today announced the arrival of the official soundtrack Of Repentanceavailable to stream today on various distribution platforms and coming soon also on vinyl in 2023with a double album.

In line with the setting of the game and its particular style, the soundtrack also obviously recalls the sixteenth-century music in Europe. 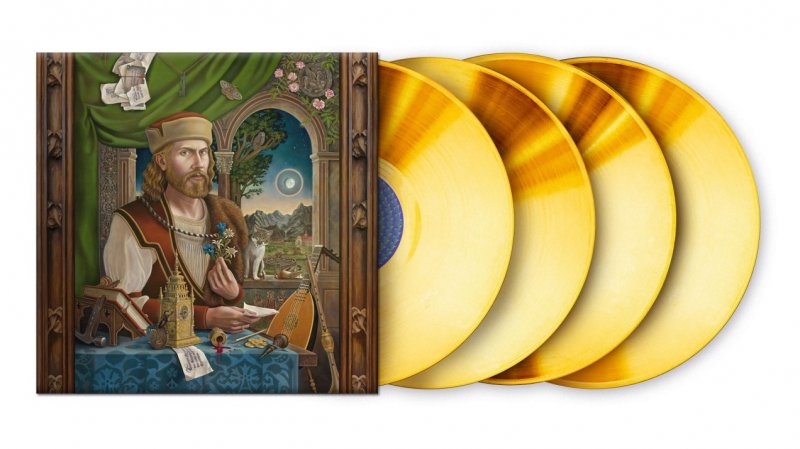 To achieve this difficult result, Obsidian collaborated with the Alkemie group, specialized in the recovery of Renaissance music and in the use of period instruments.

All the music composed for the game is original, but follows the stylistic features of the era represented in a remarkably faithful way, with inspirations ranging from the 14th to the 16th century. In addition to Alkemie, Lingua Ignota (Kristin Hayter) also collaborated on the composition, who for the performance of the song Ein Traum in the epilogue of the game was inspired by the traditions of German Lieder of the 19th century, adapting the poem by Heinrich Heine, ” Ich hatte einst ein schönes Vaterland”.

For the cover, remaining in line with the style adopted, an illustration by Benjamin Vierling was used, obtained through a mixed technique inspired by Renaissance art, with layers of oil paint and egg tempera. The image shows the protagonist Andreas Maler, surrounded by various symbolic elements referring to Pentiment. On the back, however, a composition of various artworks by Hannah Kennedy, the Obsidian artist who worked on the characterization of the game, is visible.

Pending information on the release of the soundtrack, we refer you to the review of Pentiment that we published when it came out in November.

Elon Musk is the poorest man in the world!

Nintendo Switch Pro will no longer be released for John Linneman, who talks about the next Nintendo console

Do you think you know the Super Mario Galaxy? You are wrong !

“Release Mudrik.” Cell in Ukrainian. The whole twitter is talking about Mudrik

Surviving the Abyss to dive in January